International retailers have been quick to flock to large e-Commerce platforms in China, enticed by impressive consumer traffic in the world’s biggest retail market.

Yet a growing number of them – including Macy’s, Watsons and New Look – have recently decided to shutter their Tmall Global stores despite growing demand among Chinese consumers for foreign goods.

Here’s what’s going on, as well as some alternative paths for U.S. and foreign retail companies to succeed in China.

Retailers on marketplaces such as Tmall Global face an increasingly precarious situation. While Tmall Global is an online marketplace for third-party global sellers, it also runs its own direct retailing business, Tmall Direct Import. This store procures inventory in bulk from leading global brands and sells directly to consumers.

This business model puts it in direct competition with multi-brand retailers such as Macy’s and Watsons. Tmall Direct Import items are almost always displayed in top-ranking search results and sell for competitive prices, making it difficult forthird-party retailers to compete.

Below, a snapshot shows search results of The Ordinary skincare products on Tmall, with Tmall Direct Import conspicuously highlighted in bright purple. 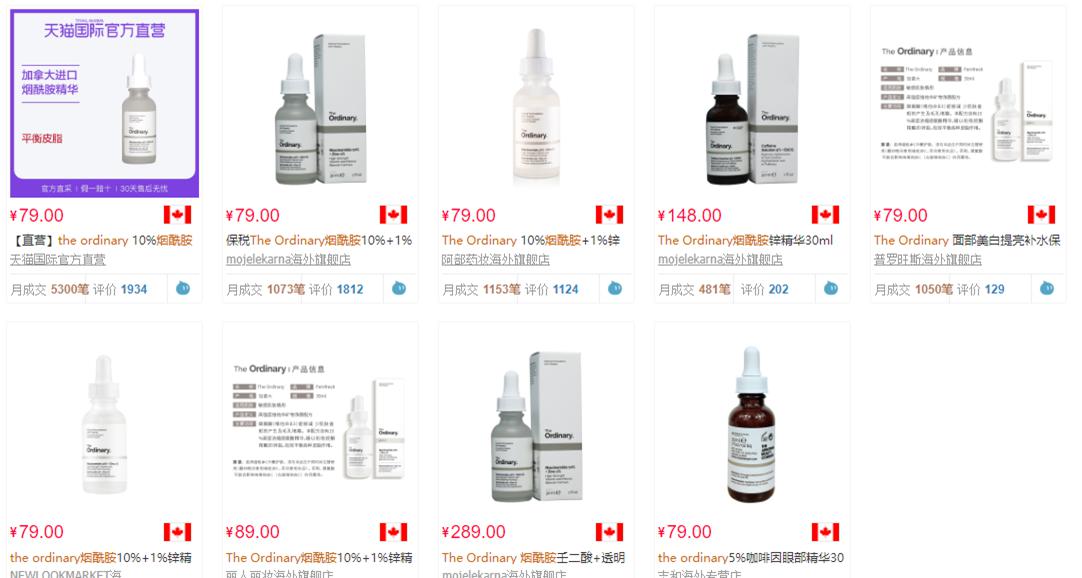 Tmall Direct Import has an economies of scale advantage — it can buy a larger selection of products at lower bulk prices, and pass those savings on to the consumer. Tmall also can stock top-selling items in bonded warehouses for faster shipping. A newcomer to the market cannot do this without incurring large inventory risk.

On top of all this, there isn’t much room on a large marketplace’s web site to differentiate oneself with banners and brand logos. To compete, retailers such as Macy’s and Watsons have to decide whether or not they want to invest in a stronger customer experience or pull out of the market altogether.

Retailers Fail To Provide A Unique Proposition For Chinese Consumers

Multi-brand retailers like Macy’s are often selling the same brands that other retailers sell, prompting consumers to pick the retailer with the lowest prices and fastest delivery.

The snapshot below shows a number of different retailers all selling the same Swisse products. In this type of situation, it’s very easy for the customer to compare prices. 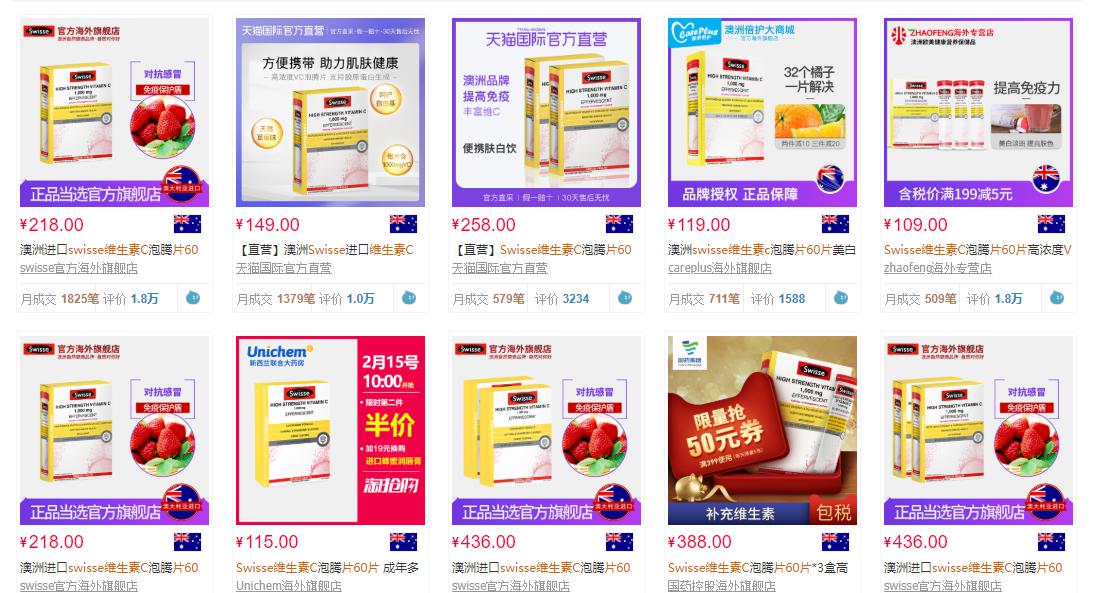 It’s hard for new market entrants to compete on pricing and logistics, so U.S. and foreign retailers should curate products that better reflect Chinese tastes. This requires procuring new inventory from sources that may not be part of the original inventory in the home market.

But it’s hard for apparel retailers like Macy’s or New Look because there are so many different colors and sizes for each product. Retailers do have to provide a wide selection to drive traffic, but localizing that selection for a market as large and diverse as China can be a nightmare.

On marketplace platforms, retailers have to spend money on platform ads to drive traffic and clicks. In 2017, the average customer acquisition cost on Tmall grew to over 310 RMB ($46), outstripping the average revenue per user at 225 RMB ($34), according to market intelligence firm Analysys International.

They are also pressured to discount their goods for large platform-wide sales holidays such as Tmall’s Singles Day and JD.com’s 618 Festival in June. Discounting eats heavily into one’s margins, as these holidays often drive a large percentage of sales in a given year.

Lastly, for large e-Commerce platforms, upfront setup fees and deposits can cost tens of thousands of dollars, not to mention commissions that can erode profits.

For many, the costs are prohibitively high and the ROI can be much lower than in developed markets.

What Should Retailers Do?

The environment for global retail has been difficult in recent years. Many retailers are just trying to stay afloat in their home markets, and lack the resources to invest in a stronger customer experience in China.

But the competition in China has intensified in recent years, and it’s not possible for a U.S. or foreign retailer to rely solely on their brand name to drive sales anymore.

Multi-brand retailers have to figure out how to differentiate themselves, and it often comes down to product selection, price or shipping.

1. Set up a multi-channel China strategy to reduce the risks associated with relying on a single platform. Setting up an official China e-Commerce web site and a store on WeChat, China’s most influential social media platform, can differentiate you from competitor retailers selling the same brands, and enable you to build up your own loyal customer base.

2. Procure and sell a compelling mix of top-selling and emerging brands at competitive prices.

3. Enhance the user experience to win over customers. This includes moving inventory to Hong Kong or Chinese-bonded warehouses as soon as possible to speed up shipping times, and establishing your own Chinese customer service system.

4. Try to differentiate yourself through branding events. UK beauty retailer Feelunique invited Chinese influencers to tour their facilities in London, recording the event on social media and driving a strong uptick in sales.