On August 13th, news broke that gaming & e-commerce giant Netease was in talks to sell its cross-border e-commerce arm Kaola to Alibaba for US$2 billion.

This comes just months after rumors surfaced that Kaola would merge with Amazon's China unit. These rumors were quickly nixed by both parties and Amazon later announced that it was shuttering its domestic China business.

A potential merger between Kaola and Alibaba's Tmall could dramatically alter the landscape for cross-border e-commerce in China, as the two possess a combined 57% of the market.

We discuss the circumstances around Kaola’s likely sale and its implications for the industry. 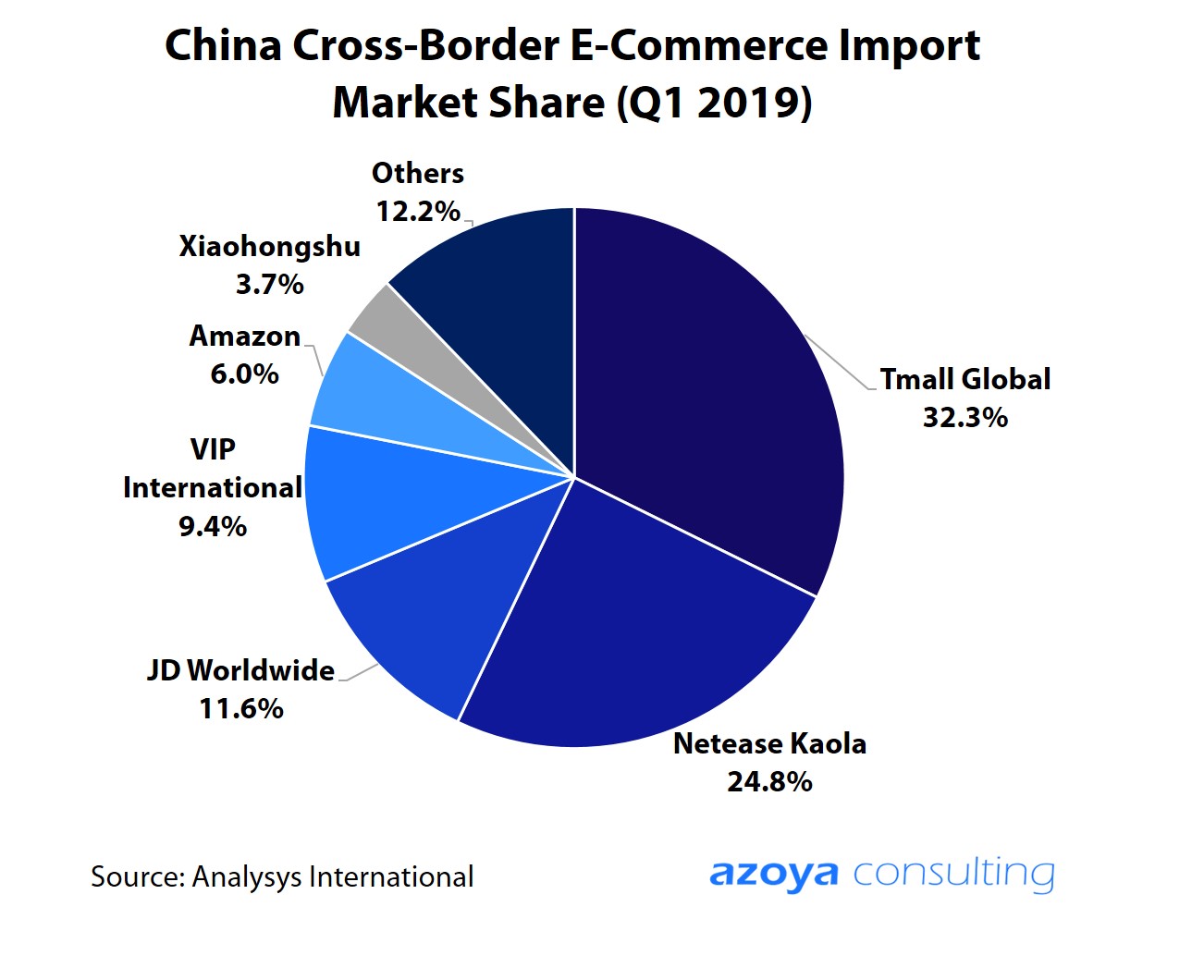 What is Kaola and How does it Differ from Tmall Global?

Kaola is Netease’s cross-border e-commerce business and was founded in 2015 to meet the growing demand for imported products in China. Kaola sells cosmetics, health & nutrition, luxury, and mom & baby products, amongst other categories.

Today, Kaola accounts for roughly 25% of the market, compared to Tmall's 32%.

Kaola had a few main advantages that enabled it to compete against TMall:

2. Kaola focused on direct retailing at first. It purchased large quantities of popular brands at very low prices, and passed on the savings to its customers, causing some analysts to label it as the Costco of e-commerce in China. A quick look at Netease’s financials shows that its e-commerce business had an average of 8% gross margins, meaning that it has been willing to lose money to gain market share for a very long time.

3. Kaola has been very popular amongst cross-border e-commerce consumers and daigou resellers. 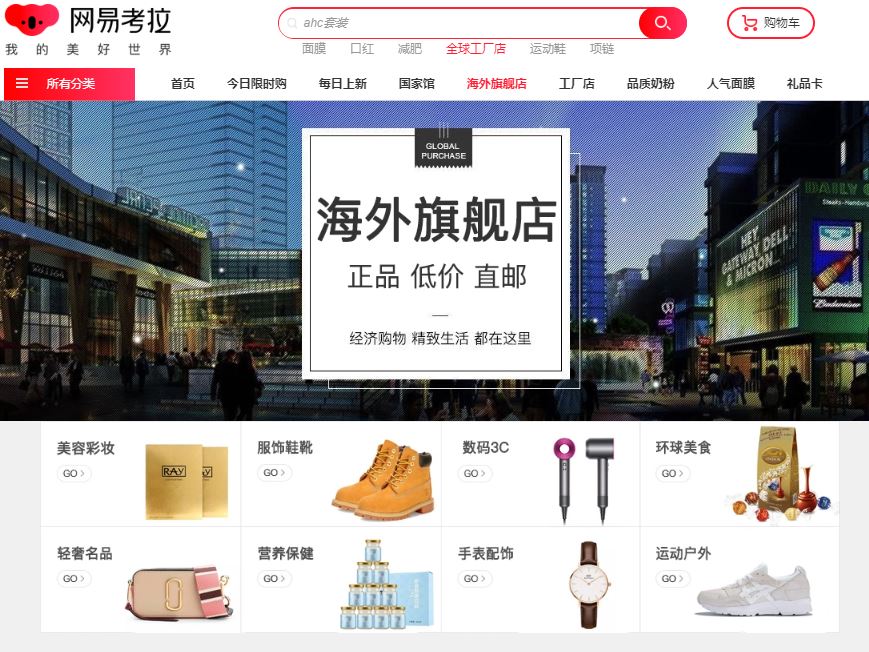 Why is Netease Selling Kaola?

Kaola is a money-losing business. Netease's e-commerce division generates 28.6% of its US$9.7 billion in revenues, but its gross margins are much lower at 8%, compared to 63.6% for its gaming division.
This indicates that the business is dragging down Netease's overall margins, which have declined precipitously over the past couple of years.

China's internet industry is also slowing down, and major internet companies have been downsizing, selling off or spinning off businesses that don't make money.
Netease underwent a major restructuring in February of this year, laying off large swathes of its workforce in its e-commerce and other non-core businesses. Netease makes the majority of its revenues from its gaming business.

Additionally, in July Netease was rumored to be planning the IPO of its education subsidiary Youdao in the US at a valuation of $2.0 billion, raising $300 million in proceeds. Netease's music subsidiary also raised 600 million USD in private financing last November.

Some other issues Kaola has been facing:

-   Kaola does not offer much in terms of advertising tools to its merchants, which means it misses out on a key revenue source. Tmall, on the other hand, has a robust set of in-marketplace advertising tools.

-   Kaola also may have had trouble marketing itself.

Kaola is popular amongst cross-border e-commerce customers but much less well-known amongst the general public.

On the merchant side, Alibaba is much better at marketing its platform to foreign merchants overseas, which makes it easier for Tmall to procure inventory.

In China, this is important because suppliers from smaller countries are unlikely to meet demand from China's large market. Having a strong global procurement network is important to maintaining ample inventory and a strong customer experience.

-   Kaola ran into major quality control and reputation issues. In January, a Beijing customer reported that a Canada Goose jacket purchased on the platform was fake. The incident went viral and Kaola has had to step up the oversight of its supply chain

What This Means for Brands and Retailers Selling to China

A potential merger between Kaola and Tmall Global means that Alibaba will further consolidate its hold over the cross-border e-commerce industry.

JD Worldwide remains a popular platform, but it remains a difficult place to sell female-oriented products, such as apparel and cosmetics.

Another player, Xiaohongshu, is undergoing major issues as poor-quality content on its platform has proliferated. The app was recently taken down from China's mobile app stores.

This means that merchants looking to sell on a major cross-border e-commerce platform may have less leverage going forward. On the other hand, it may give Alibaba more room to lift prices as it would no longer have to compete with Kaola's ultra-low prices.

At this point, Kaola's future remains uncertain and we recommend that brands and retailers sit tight before making moves to list products on Kaola.

1. Netease is rumored to be selling its cross-border e-commerce business Kaola to Alibaba for $2 billion. Kaola is popular in the industry for its quality selection and low prices

2. China's internet industry is slowing down and Netease has been struggling to recover from a continuous decline in margins over the years. It has been raising outside funding for several of its money-losing subsidiaries.

3. A potential merger between Kaola and Tmall Global may mean fewer choices for consumers and merchants. Prices may go up, but merchants could see less pressure to discount their goods.

Tmall and Other Marketplace Changes in 4Q 2019

Tmall Global and Other Marketplace Changes in 3Q 2019

May 20--The marketing strategy behind China's unofficial Valentines' day