Walgreens will receive a 40% stake and obtain access to 3,500 of Sinopharm Guoda’s retail pharmacy stores in China, giving it an extensive network to sell its numerous private-label brands.

According to the Hong Kong Trade Development Council, it is estimated that China’s vitamins, minerals, and supplements market will reach RMB 400 billion in sales by 2021, up 54% from 2016.

For imported goods, demand is strong as many Chinese consumers, concerned about fraudulent products and their potential impact on one’s health, see foreign brands as safer and higher-quality.

Nutraceutical imports topped US$2.19 billion in 2017, up from US$1.54 billion in 2016. The US, Australia, and Germany remained the top exporting countries.

However, because of stringent regulations, foreign makers of health-related products have faced significant obstacles in entering the China market through general trade, and partnering with a local partner such as Sinopharm Guoda may give Walgreens a leg up.

Currently, many health products companies sell to China through cross-border e-commerce, a separate channel where products are labeled as personal items and do not have to undergo extensive product registration and approval processes.

Under general trade, stringent regulations over product registration and testing make it difficult for a foreign health products company to enter the market, and approval by the government authorities can take years.

According to HSBC’s Week in China publication, of the 16,631 supplement products approved by the China Food and Drug Administration (July 2017), foreign ones occupied just 5%.

The registration process is complex; companies need to clearly state their products’ functions and produce samples, as well as have their overseas factories examined by Chinese authorities.

Products also have to have been on sale for at least one year in the country where they are manufactured.

The monetary costs are extensive, with some brands having to pay up to $100,000 to get each product registered and licensed.

This is in addition to the distribution and fixed retail costs associated with setting up a physical retail presence.

Because of the obstacles posed by China import regulations, the vast majority of foreign health products companies sell to Chinese consumers directly through cross-border e-commerce, where direct-to-consumer purchases are considered personal items and don’t have to obtain CFDA approval.

While the shipping times are longer, some consumers may feel at ease knowing that their supplements are coming from developed countries, where product quality standards are higher and cases of fraud are less prevalent.

Top platforms for nutrition and health-related products include Tmall Global, JD Worldwide, and Netease Kaola, and top brands include Swisse, Doppelherz, and Blackmores. 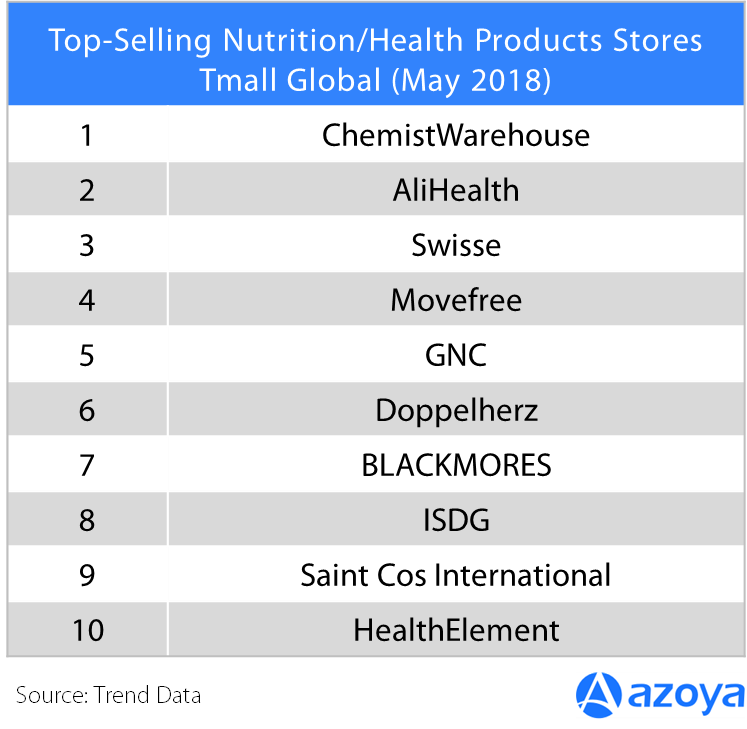 And yet pharmacies may play a crucial role in selling to customers in smaller cities and towns where e-commerce penetration is not as high and foreign brands have less reach, as these customers may be less tech-savvy and prefer to consult local health experts face-to-face.

Currently 23% of non-medical supplements and health-related foods are sold through China’s 440,000+ pharmacies, according to the China Chamber of Commerce for Import and Export of Medicines and Health Products (CCCMPHIE). E-commerce, on the other hand, accounts for 24%.

Walgreens isn’t the only foreign health products company to have struck a deal in China.

Health supplements maker GNC announced in February that it would receive a $300 million investment from Harbin Pharmaceutical, in exchange for a 40% stake in the New York-listed company.

Pending approval, GNC will enter into a joint venture with Harbin Pharmaceutical that will involve the manufacturing, distribution, and sales of health-related products inside China, and give it access to Harbin Pharmaceutical’s network of 300 retail pharmacy stores and 800 distributors throughout China.

In short, GNC may be able to get their products approved quicker because they would be manufactured inside China by local partners.

While venturing into brick-and-mortar retail may be potentially lucrative for foreign players in China, this trend is still in its early stages.

According to an interview with NutraIngredients-Asia, Blackmores CEO Richard Henfrey mentions that just 10% of its China revenues are derived from brick-and-mortar retail, and that a very small number of its products have been able to receive Blue Hat registration approval.

That being said, it is unclear if the government will renew its preferential cross-border e-commerce regulations at the end of this year, and so it may be advantageous for foreign retailers to hedge their bets by expanding their sales and distribution channels going forward.