In the first three quarters of 2017, Ningbo’s cross-border import volume reached 4.5 billion yuan, a 30.03% growth from the first three quarters of 2016. As the largest among the 15 cross-border e-commerce trading ports in China, Ningbo bonded zone processed 6 million import declaration forms on November 11th, worth 970 million RMB in total during the Single’s Day shopping feast.

Looking into 2018, we believe that cross-border e-commerce import in China will continue current hybrid structure of bonded import and postal import. With increasing number of pilot cities, they will be less room for under-the-table trading, and most imported parcels will need to go through proper clearance procedures. 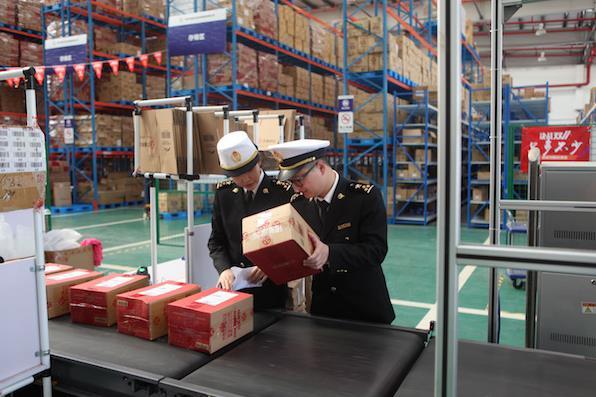 Regarding the clearance procedure of cross-border e-commerce import, recent update such as Ningbo Quarantine and Inspection Center’s abandonment of High-risk Appraisal System, and the embracing of fresh food’s e-commerce cross-border import are positive signs from the regional regulatory authorities to encourage cross-border e-commerce. The current approach of light supervision and heavy emphasis on importer credits will likely to be inherited post-2018.

This November, the Second Draft of China’s E-commerce Law was submitted to discussion at People’s Congress. While they have been some voices that the enactment of E-commerce Law would potentially ban foreign business to engage in direct retailing to China, our policy analysts believe that this conclusion could be exaggerating.

Figure 1 (left column was the first draft and the right column is the second draft):

Furthermore, Article 72 in the first draft, “Any cross-border e-commerce activities shall be in compliance with this Law and other relevant law and regulation, as well as the international treaties and practices that People’s Republic of China have entered into or engaged” (translation by Azoya), was removed from the second draft as shown in figure 2. This is a complete deletion which clearly indicates the proposed law is not applicable to foreign retailers selling into China via cross-border e-commerce.

One of the interesting changes in the second draft is that the title of Chapter Five, “Cross-border E-commerce” as in the first draft, was replaced by “Promoting E-commerce” which highlights Chinese government at all levels shall promote innovation and development of e-commerce. 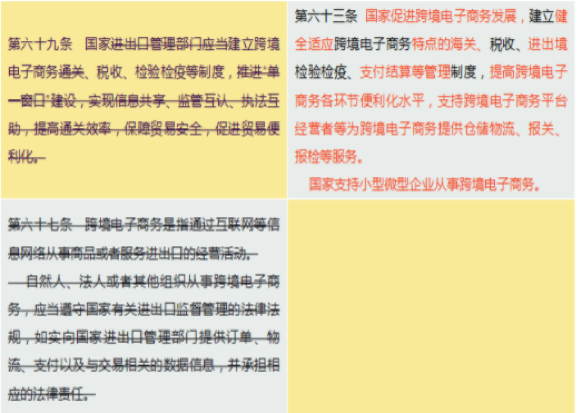 In summary, the legislative intention of the second draft lay more stress on supporting and promoting cross-border e-commerce instead of restricting it.

In November, Chinese government announced an ambitious tariff cut over general importation, effective December 1. The new round of tariff cut covers 187 goods to encourage consumption. Customs import duty on some special baby formulas had been reduced from 20% to 0%, while standard baby formulas were not affected.

In the short term, the tariff cut will stimulate the current stagnant import trading, and Chinese consumers will benefit from the more choices available at offline retail stores. However, “it’s unclear how fast the tariff cuts can be translated into ultimate price drop at conventional channel”, says Kantar Retail in a report by SCMP. Cross-border e-commerce’s advantage in hedging the risks from stocking and lower upfront cost are more favorable for starter brands and retailers.