Why Expand to China?

Brick-and-mortar retailers around the world are looking toward foreign expansion more than ever before — thanks to the gloom of department stores’ contraction and the threat of Amazon’s domination. And China is at the top of that list because it’s not only the biggest e-commerce market worldwide, but it also continues to grow.

According to China’s National Bureau of Statistics report, from 2015 to 2016, the Chinese e-commerce market growth rate increased by 26%. That report also showed that e-commerce now represents 15.5% of total retail sales in the country.

But few Western retailers that expand into China are actually succeeding, says Don Zhao, co-founder and executive director of Azoya, an e-commerce technology provider and managed operator. “They’re failing because they don’t to listen to the local market, and they underestimate the intense price competition and the sophistication of savvy Chinese consumers,” he adds.

According to Don Zhao, U.S. and foreign retailers with limited or no online fulillment capabilities must carefully consider how much they wish to invest — and which  channels to serve—before they enter the China market. They also need a thorough understanding of their category, pricing, online traf c costs, shipping, and duties—especially as they differ from country to country.

In addition, Don Zhao says Chinese consumers have different category and product preferences than in the United States—and they’re hard to predict, as trends constantly change in China. “Today’s Chinese consumers seek a more balanced lifestyle in which they prioritize health, family, and experiences,” he adds. “They are more selective about where they spend their money, shifting from products to services and from mass to premium products.”

Many U.S. retailers enter the China market through online marketplaces because they’re easy to set up, help raise brand awareness and attract huge traffic volume. But Don Zhao says this convenience come at a price—risk of brand reputation and, for smaller businesses, limited exposure of brand awareness. “Counterfeit products are one of the biggest potential problems in a marketplace, as they confuse consumers and damage retailers’ reputations,” he explains.

“However, it requires retailers have a proactive plan,” he says. “It takes time to test for the best traffic channel.” Don Zhao advises retailers to find a professional local partner to set up a sophisticated, and localized, platform, to manage its daily operations.

One example is Australian discount chain Pharmacy 4 Less, which partnered with Azoya when it wanted to enter the China market. Azoya launched a standalone site for Pharmacy 4 Less, managed the language factor with a dedicated Chinese customer service team, translated and localized the company’s product descriptions, and introduced it to logistic partners.

“We steered them through all the barriers a retailer might face in China,” Don Zhao says. “And it led to a great result on Pharmacy 4 Less’s Chinese e-commerce expansion.” In fact, the sales result of its’ Chinese site has reached to millions of dollars in 2016 after launched just one year.

Localizing for the China market is crucial

For a country the size of China, Don Zhao says although it may seem daunting to try to create localized strategies, it can be done and it’s worth the effort. “We genuinely want to help foreign retailers succeed in China by helping them gaina better understanding of the China market and its consumers,” he explains. “The cross-border e-commerce industry in China is mature and under control with government oversight for fair competition, and Chinese consumers crave foreign products. These trends mean now is the right time for U.S. retailers to create a comprehensive plan to grow by selling in China.” 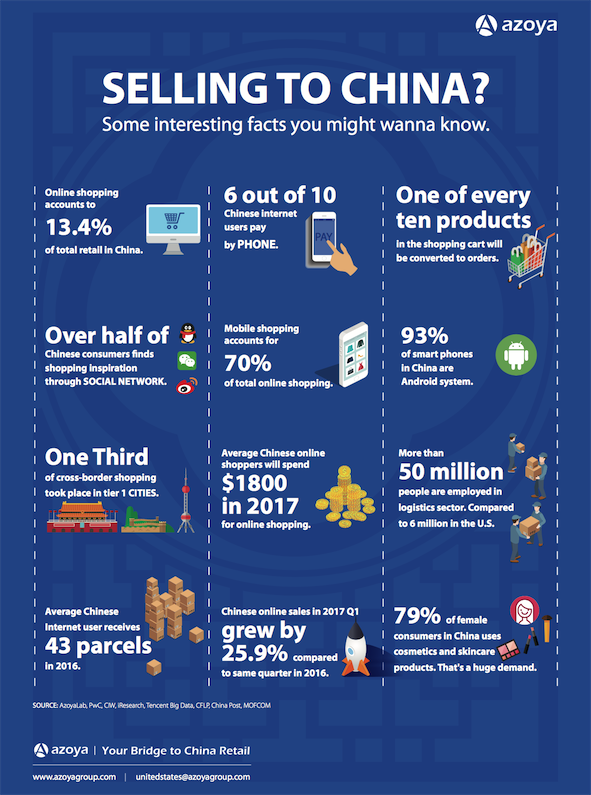