JD.com is the largest direct online retailer in China, bringing in over $55 billion last year in revenues.

And yet, few people outside of China have heard of the company, despite it being the number one competitor to Alibaba in the e-commerce market.

Google's $550 million investment in the company this past June made headlines and led many to speculate about the potential of their partnership and how it could be a leading factor in the company's global expansion.

JD.com's borderless retail alliance has expanded to include Baidu, Tencent, Vipshop, and Wal-Mart as well, each of which contributes different assets in the company's bid to compete against Alibaba and, potentially, Amazon on a global scale.

Pioneer of the Asset-Heavy Model

JD.com distinguishes itself from Alibaba in that it directly procures and sells products, whereas Alibaba historically has relied more on a marketplace model that enables third party sellers to target its users.

While Alibaba generates a larger gross merchandise volume every year, JD.com generates more revenues because it sells products directly instead of taking a cut of third party sellers' transactions.

While the two have gradually grown to adopt each other's models, JD.com prides itself on doing the vast majority of its retail operations in-house, with its highly dedicated customer service centers and logistics business boasting over 150,000 employees and nearly 500 warehouses across China.

Though its asset-heavy model requires larger capital expenditures and more manpower, JD.com has better control over the customer experience, which has enabled it to grow revenues to over $55 billion a year. JD.com today has 32.5% market share in the B2C e-commerce market in China. 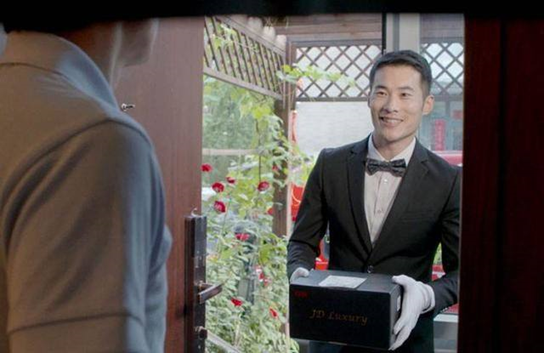 To compete with the likes of Alibaba, JD.com has enlisted a motley crew of different companies to join its borderless retail alliance.

Wal-Mart owns 10% of JD.com's equity shares, and has partnered with it on many different initiatives involving retail, e-commerce, and supply chain operations.

Google's $550 million investment in June is the latest in this string of partnerships, and could be a key factor in JD.com's global expansion efforts.

Baidu and Google, both dominant search engines, have struggled to succeed in e-commerce over the years.

Baidu entered into a strategic partnership with JD.com in August 2017, and Google's recent $550 million investment in the company is a reminder of how important e-commerce is to search advertising.

Every year e-commerce platforms spend a large amount of money on search ads, usually for product listing ads that rank at the top of users' search results.

As they grow, users begin to go directly to e-commerce sites to search for the items they want, and retailers/brands may buy PPC ads there to target users instead of search ads.

Since this threatens the search advertising business, players like Baidu and Google have partnered with JD.com to hedge against this problem.

Although ad bidding is a market-driven process, search engines possess a large amount of user data, and an e-commerce company like JD.com can use that data to gain better insights into how their customers think and make purchasing decisions.

It is likely that JD.com may be able to leverage this data to expand in overseas markets where it has a small presence, such as Southeast Asia, where it is rapidly building its presence.

Wal-Mart first partnered with JD.com in 2016 when it sold its online business Yihaodian to the company for a 5% stake in JD.com worth $1.5 billion.

That stake has since grown to 10%. The partnership is significant in that the world's largest retailer, Wal-Mart, is now in a close alliance with China's largest online direct retailer, JD.com.

JD.com also runs a grocery delivery service, JD Daojia, in which it delivers groceries to customers within a 1 hr time period. Wal-Mart, with its 100+ stores throughout China, is a key supplier.

JD.com can also sell its products in Wal-Mart retail stores, as well as use them as distribution centers for fulfillment.

Since JD.com is dedicated to providing superior customer service, it stocks its products in warehouses close to its customer and focuses on fast last-mile delivery, as opposed to end-to-end logistics.

Having more distribution centers helps expand its reach across China.

Since JD.com may expand to the US market, Wal-Mart could be a crucial partner in assisting it with its international expansion efforts.

With a solid arsenal of different partnerships under its belt, JD.com has the potential to challenge Alibaba and, potentially, Amazon, on the global stage.

While JD.com has announced that it plans to expand to the US market, it remains to be seen how it will face up against the likes of Amazon and other well-entrenched retailers.

Whatever happens, it is clear that JD.com plans to be a powerful force in global retail going foward.