This article was originally published on Business of Fashion.

SHANGHAI, China — It now sounds like the stuff of lore.

In the late ‘90s, the Chinese government began using software — later christened by outsiders as “The Great Firewall” — to prevent access to unwelcome sites and domains. Silicon Valley giants were eventually targeted, and Google, Facebook and Instagram were blocked for the first time in 2002, 2009 and 2014 respectively.

As users in the mainland inevitably have to fanqiang, or “climb over the firewall” to access contraband sites with the help of a virtual private network (VPN), Instagram never became the default social platform or sales driver for fashion brands in China. Instead, China’s online censorship regime effectively played into the hands of local competitors who are more amenable to playing by the government’s rules.

WeChat and Weibo more than filled the void, with the former reporting more than one billion daily active users, and the latter’s 211 million daily active users as of June. Said firms, alongside newcomer and social e-commerce app Xiaohongshu, became the holy trinity for brands and retailers marketing to China’s Millennial cohort. Meanwhile, a number of other social platforms like live streaming giants Meipai and Yizhibo, short video apps Douyin, Bilibili and YY have entered the fray as new contenders.

To make matters worse (for Instagram), Chinese social media platform Weibo launched Oasis, combining elements from Instagram and Xiaohongshu to create a lifestyle and fashion-oriented platform for the country’s younger tech users (the app was taken down days later after users found that its logo resembled that of a South Korean film festival).

Given such a crowded ecosystem of competitors and the Chinese government’s official ban on Instagram, it is understandable that the platform is often dismissed by global brands as irrelevant to their Chinese marketing strategy. 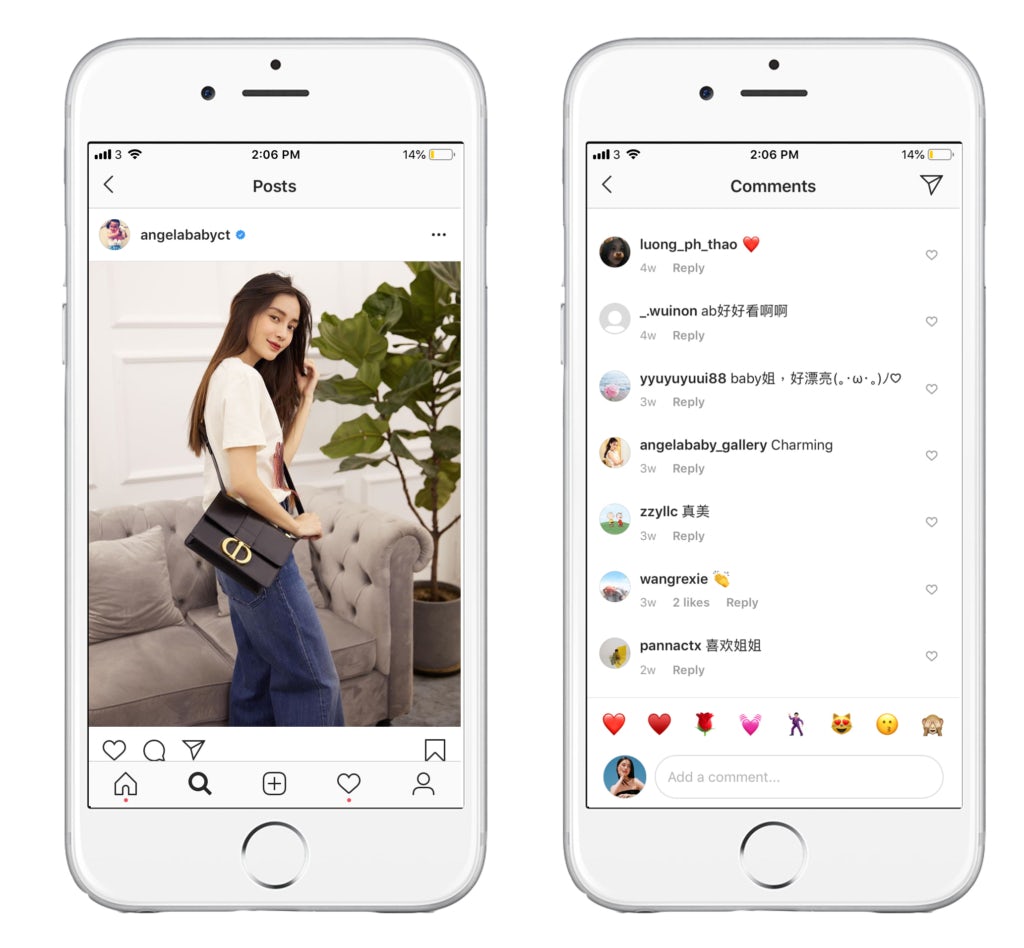 However, brands would be foolish to assume that just because Instagram can only be accessed via a VPN in China or by those travelling or residing abroad, the app plays no role in shaping their business in the mainland. While Instagram’s Chinese user count is almost certainly a drop in the ocean compared to WeChat and Weibo, the app provides a valuable, targeted channel to engage a coveted audience of tech-savvy, affluent Chinese shoppers — brands need only take note.

If anything, Weibo’s (at least so far, unsuccessful) attempt to create an Instagram dupe attests to the latter’s special status in the mainland.For further evidence, see the masses of Chinese Instagram accounts following the likes of Gucci, Burberry and Chanel, or the number of Chinese influencers amassing impressive followings on the app — Instagram posts by Dior ambassador Angelababy, for example, tend to draw over a thousand comments in Chinese. The same can be said for the likes of supermodel and Chanel muse Liu Wen and actress Fan Bingbing, who often publish different content on the app to keep their local followers interested. Instagram declined to comment for this article.

But it isn’t only bigger players for whom Instagram is a valuable asset in China. “It goes without saying that Instagram is important for small brands,” Erik Chiu told BoF. “For us, it’s about networking and putting our products in front of the right eyeballs.”Five years ago, Chiu founded an independent shoe brand, Heng Shu. Minimalist, well-made and affordable, the brand has amassed a humble but loyal following on WeChat, Weibo and Instagram, where Chiu has curated — with the help of a VPN — an aesthetically pleasing, warm-toned mosaic of still lifes and sleek interiors.

Though Chiu mainly uses Instagram as a portfolio for consumers and buyers outside of China, the app’s insights reveal that the bulk of Heng Shu’s followers are actually based in Shanghai and Hong Kong. Though short-handed, Chiu continues to invest time into the brand’s Instagram feed in order to reach this group of “insiders.”