August 17, 2018, Tokyo – Today Matsuya Ginza hosted a live-streaming event in its Ginza store in Tokyo, featuring a well-known Chinese KOL who introduced Japanese products to viewers back home in China. This is the second live-streaming event that Matsuya Ginza has held to promote the launch of its new Chinese-language website, http://cn.matsuya.com/, with the first held in December 2017.

The two live-streaming events were organized by strategic partner Azoya International. Azoya assists Japanese companies with selling to China through cross-border e-commerce, helping brands and retailers to build up their online presence by setting up independent e-commerce websites and selling on marketplace platforms. The company provides one-stop services that include logistics, payments, operations, digital marketing, and more. Last December’s live-streaming event was accompanied by a winter sales promotion, which drove up new user registrations for Matsuya in China by over 20 times.

This year’s Ghost Festival fell upon Chinese Valentines’ Day, which is also an e-commerce sales festival in China. What was new this time around was the presence of Chinese KOL Lin Ping. Ms. Lin is popular on China’s Weibo platform for being a Japanese lifestyle KOL, with a personal following of over 1.2 million fans. She has lived in Japan for 12 years, and has years of experience with media and sharing Japanese culture with Chinese followers. As a result, over the years she has accumulated a large following of very loyal Japanese enthusiasts.

This time Matsuya Ginza and Ms. Lin worked together to showcase specific brands, leveraging Ms. Lin’s popularity to raise awareness for Matsuya Ginza, whose target audience coincides with her fan base. The collaboration between the two parties going forward will continue to have a lasting, positive effect on Chinese consumers. 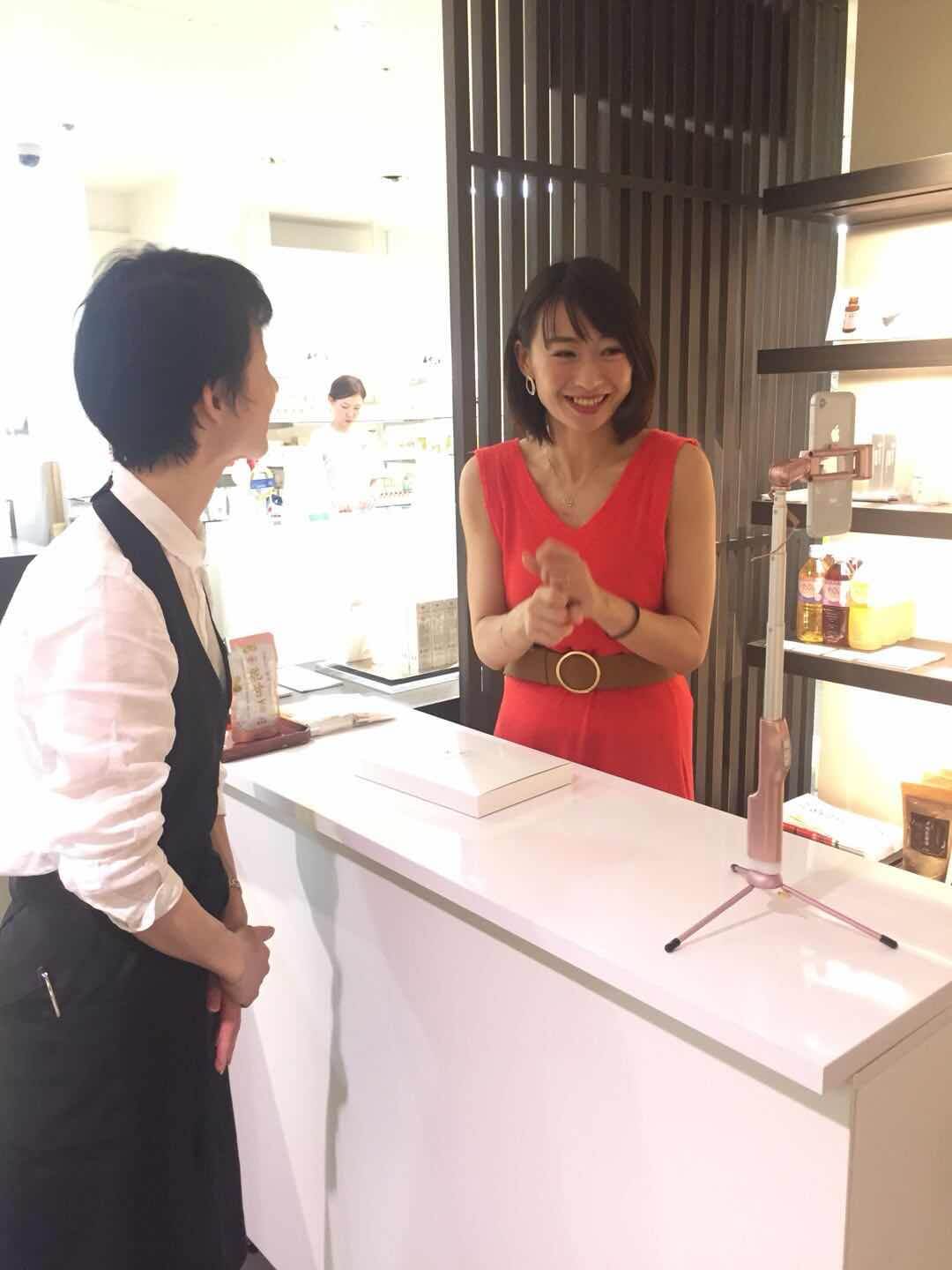 Ms. Lin live-streams her experience inside one of Matsuya's shopping malls

In keeping up with the preferences of Chinese consumers, Matsuya Ginza and Ms. Lin singled out Maria Akoya jewelry, Christian Louboutin lipstick, and Matsuya Ginza’s proprietary private-label products. Over the course of the two-hour live-streaming event, Ms. Lin introduced the products in detail and tested them out on the spot, giving viewers a real-time demonstration of the products. At the same time, an accompanying sales promotion was held on Matsuya’s official Chinese website (http://cn.matsuya.com/). On this particular day, Ms. Lin’s live-streaming performance resulted in peak viewership of over 181,000 people and a total viewership of over 2.76 million, with over 1,250 fans engaging in live commentary online. 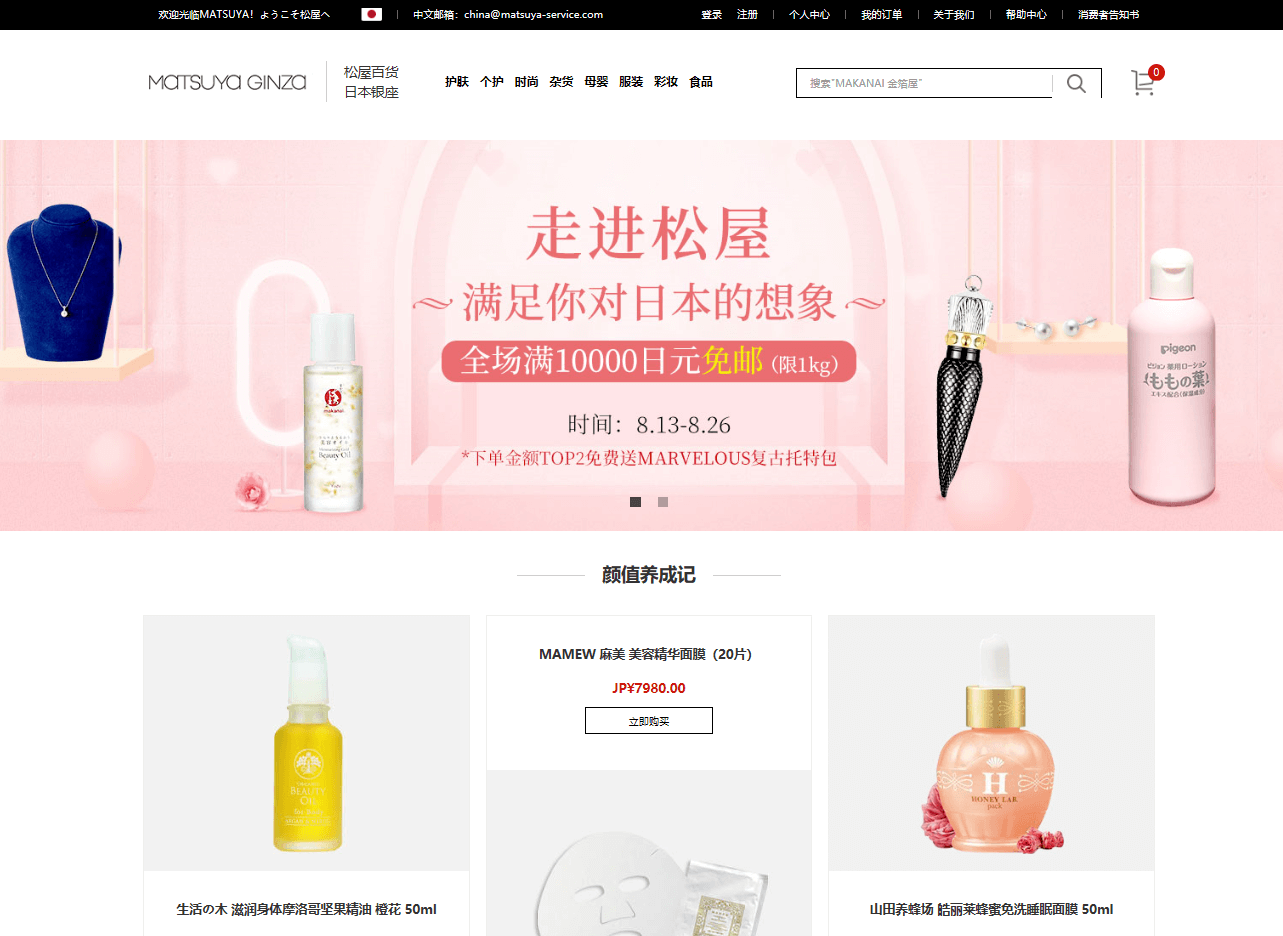 “China’s e-commerce market is changing rapidly, so much so that every month there are new developments and marketing tactics to be aware of. For international retailers and brands to be able to adapt to such a dynamic market, they have to be able to understand Chinese consumers and their preferences, and learn how to work with changing trends., said Azoya CEO Don Zhao. “This is a challenge for many foreign companies. We typically recommend that they set up a local Chinese team, or find a strategic partner on the ground who can adapt to market conditions quickly.”

Matsuya Ginza’s event was held during the Chinese summer months, when the number of Chinese tourists is on par with that of China’s Spring Festival and National Golden Week. For Matsuya Ginza, which does not operate physical stores in China, this was a great opportunity to reach out to and connect with Chinese consumers, raising awareness for the company’s brand and products.

Amongst her followers, Ms. Lin has a strong reputation for being knowledgeable about Japanese tourism spots and shopping destinations. This Walk into Matsuya Ginza event enabled the company to increase online sales for its official Chinese website, as well as target Chinese tourists in Japan. In addition to the live-streaming event, this month Matsuya Ginza’s Chinese site will also run Chinese Valentines’ Day and summer promotions. Such events will seek to drive tourist visits and on-site purchases for Matsuya Ginza’s physical department stores as well. 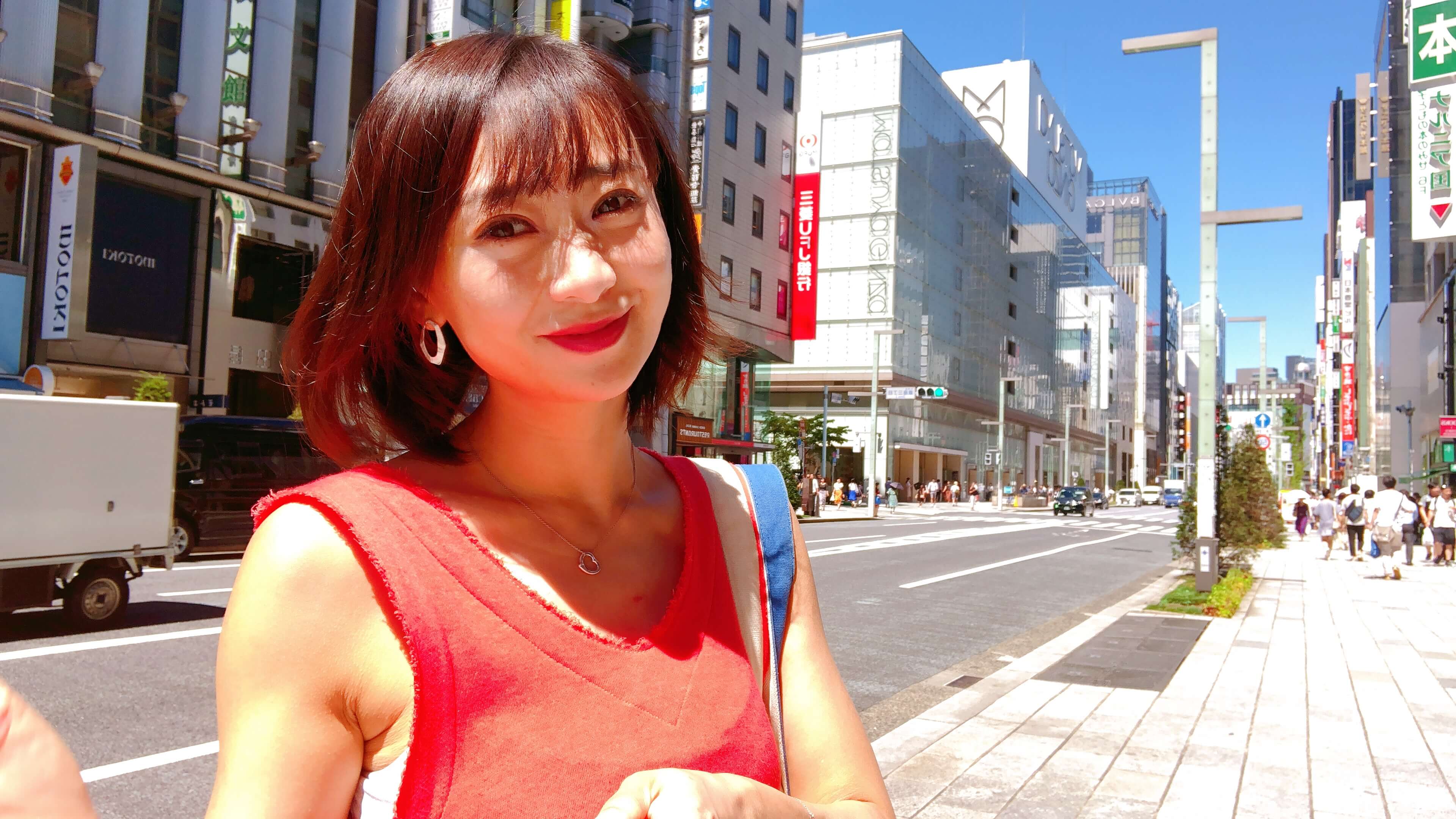 A picture of Ms. Lin on one of Tokyo's shopping streets