China's hottest reality tv show Sisters Who Make Waves pits 30 washed-up actresses and pop stars over the age of 30 against each other to create China's next pop star group. The show, which drew to close at the end of August, attracted over 2.1 billion views since its initial airing in June.

Throughout the series, viewers were bombarded by advertisements from an unknown Chinese beauty brand called Thanmelin, which spent 40 million RMB to be the show's top sponsor. Other top sponsors included smartphone brand Vivo and flash sales e-commerce platform Vipshop.

Did its publicity stunt work? We take a deeper look at the brand, its multi-pronged strategy to reach older customers in lower-tier cities in China, and customer feedback.

Thanmelin, established in May 2015, targets the mid-high end of the beauty & cosmetics market in China, which historically has been dominated by the likes of L'Oreal, Estee Lauder, and Shiseido. More specifically, Thanmelin aims to target older women in lower-tier cities who may be underserved by foreign brands.

Its most expensive product, a skin moisturizer, sells for 1,200 RMB - on par with La Mer products. But its price range is wide: BB cream sells for 50 RMB, face masks sell for 45 RMB, and lipstick sells for 189 RMB each. Its top five-selling products retail for under 105 RMB per item, as can be seen below.

And yet some say that the brand does not possess any unique ingredients, but relies on a contract manufacturer that makes products for other domestic beauty brands such as Chando.

Instead, Thanmelin focuses on heavy marketing rather than R&D, to set itself apart from the pack, which we explain next.

Thanmelin has a history of sponsoring popular reality shows such as Singer - The Year of the Beat and Wife's Romantic Journey. The brand also appeared in hit TV shows Ming Dynasty and Royal Nirvana.

These customers might be less savvy with their smartphones and are more difficult to reach through purely online channels. While their incomes are lower on average, wealthy individuals do exist in these cities and they are also less likely to use foreign brands, making them an untapped demographic.

For Sisters Who Make Waves, Thanmelin was the top sponsor, and many scenes featured the TV show contestants, who range from ages 32 to 52, using the product.

During the show, the 30 contestants are grouped into pop girl bands and compete with each other through singing and dancing performances; after each stage, the audience submits votes to determine which group advances and which group is terminated.

Top celebrities on the show include Ning Jing, a popular actress from the 1990s, Annie Yi, a 52 year old Taiwanese actress, and Zhang Yuqi, the actress who starred in 2014's popular Mermaid movie. Thanmelin itself hired 52 year old Annie Yi and 33 year old Zhang Xinyu from the show to be its spokeswomen.

The day after the TV show premiered, search queries for Thanmelin peaked on Baidu, reaching their highest level in over six months. 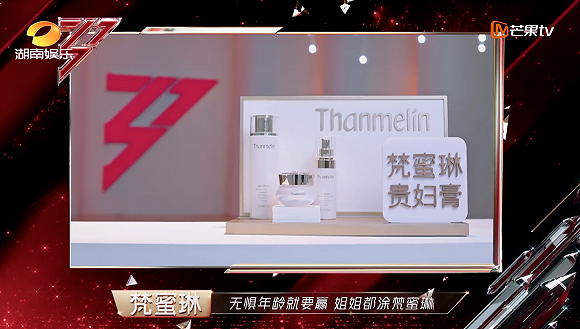 And yet e-commerce accounts for a relatively small portion of Thanmelin's total sales. The brand is actually known for employing a direct selling strategy, in which 80% of its sales comes from distributor agents, or individuals who pay a fee to purchase items in bulk at a discount, only to re-sell them to friends and family.

The brand provides training for such mom-and-pop agents who employ WeChat groups to raise awareness and drive sales. Those who buy greater quantities of items and are able to sell more are entitled to steeper discounts and benefits; such discounts can then be passed on to end customers.

The benefit of such a strategy is that it enables the brand to spread through word of mouth - which is important for targeting older customers in lower-tier cities.

Selling such a premium item also requires high-touch customer service to teach customers how to apply the products properly, and employing individual agents to do so helps reduce this burden on the company.

But the downside of such a strategy is that these agents may dilute the brand by marketing the products in their own way, and heavily discounting the products in order to drive sales. And the customer service they provide may not be suitable for a premium brand.

The average number of daily views has topped 600 million since then, reaching 80 million beauty users.

Why Douyin? The short-video platform is highly popular in lower-tier cities, where people tend to have more leisure time.

Such videos have proven to be popular over the last few years as more and more brands seek to set themselves apart from the competition. 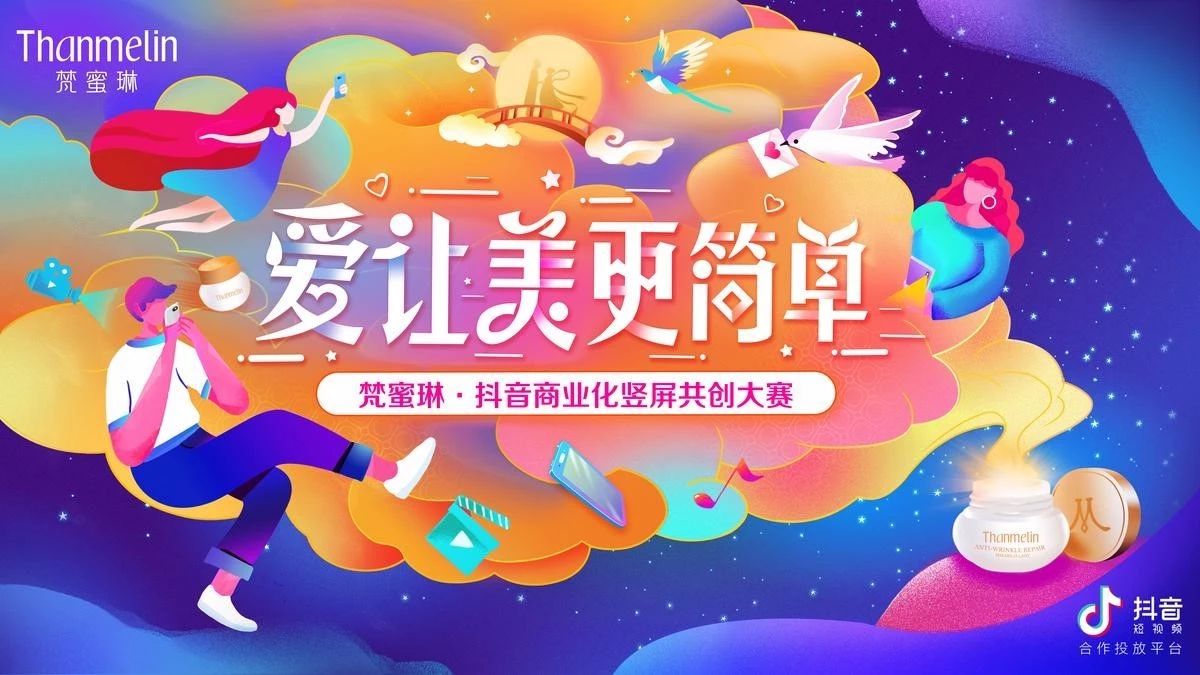 The main challenge is whether or not customers will buy. Creating a strong brand takes years, and while sponsoring Sisters Who Make Waves has definitely put the brand on national radar, it remains to be seen if customers have actually made purchases.

Tmall data shows that sales haven't changed much since the beginning of the TV series, though its number of views has skyrocketed.

All-time total unit sales are still under 50,000, though this doesn't reflect sales from WeChat and the brand's distributor agents.

Assuming that each unit sells for an average of 150 RMB per item, then total sales would run up to be about 7.5 million RMB - clearly much lower than the 40 million RMB Thanmelin ponied up to sponsor the TV show.

And the brand's product reviews are also mixed, with the most common search keywords being "WeChat business', 'sky-priced skin cares', 'luxury goods', and 'low-end manufacturer'.

At this point, it's clear that the brand still has a long way to go before it can compete with the likes of Estee Lauder and Shiseido.

2. In addition to sponsoring TV shows, the brand also employs a direct selling strategy and is active on Douyin / TIk Tok

3. Despite concerted efforts to reach older customers in China's lower-tier cities, Tmall data shows that sales have not significantly increased, though it's unclear how its WeChat sales have turned out.