Singles Day (November 11th) is the biggest online shopping festival of the year. In 2019, Alibaba hit Singles Day's sale record of $38.4 billion in gross merchandise values its e-commerce platform Tmall and Taobao. As Alibaba has kicked off its pre-sale period for Singles Day on October 21st, we saw some updates in this year’s Singles Day. If international brands and retailers got used to preparing for Singles Day in a certain way - China has already moved on.

There are three new features you must know on Singles Day 2020.

In past years, the Singles Day's pre-sale started in late October, and customers could not complete the purchase until November 11th toward a long waiting period. But there's a revolutionary change in 2020. Alibaba offers a new sales period from November 1st to 3rd ahead of November 11th. The pre-sale will also span across two periods, from October 21st to October 30th and from November 4th to November 10th.

It's an opportunity for brands to increase sales by leveraging the “double” Singles Day. Retailers and brands can develop respective marketing strategies for these two windows toward different product lines, product portfolios, pricing strategies, and promotional items. Also can adjust their approach based on the first window's performance from November 1st to 3rd. 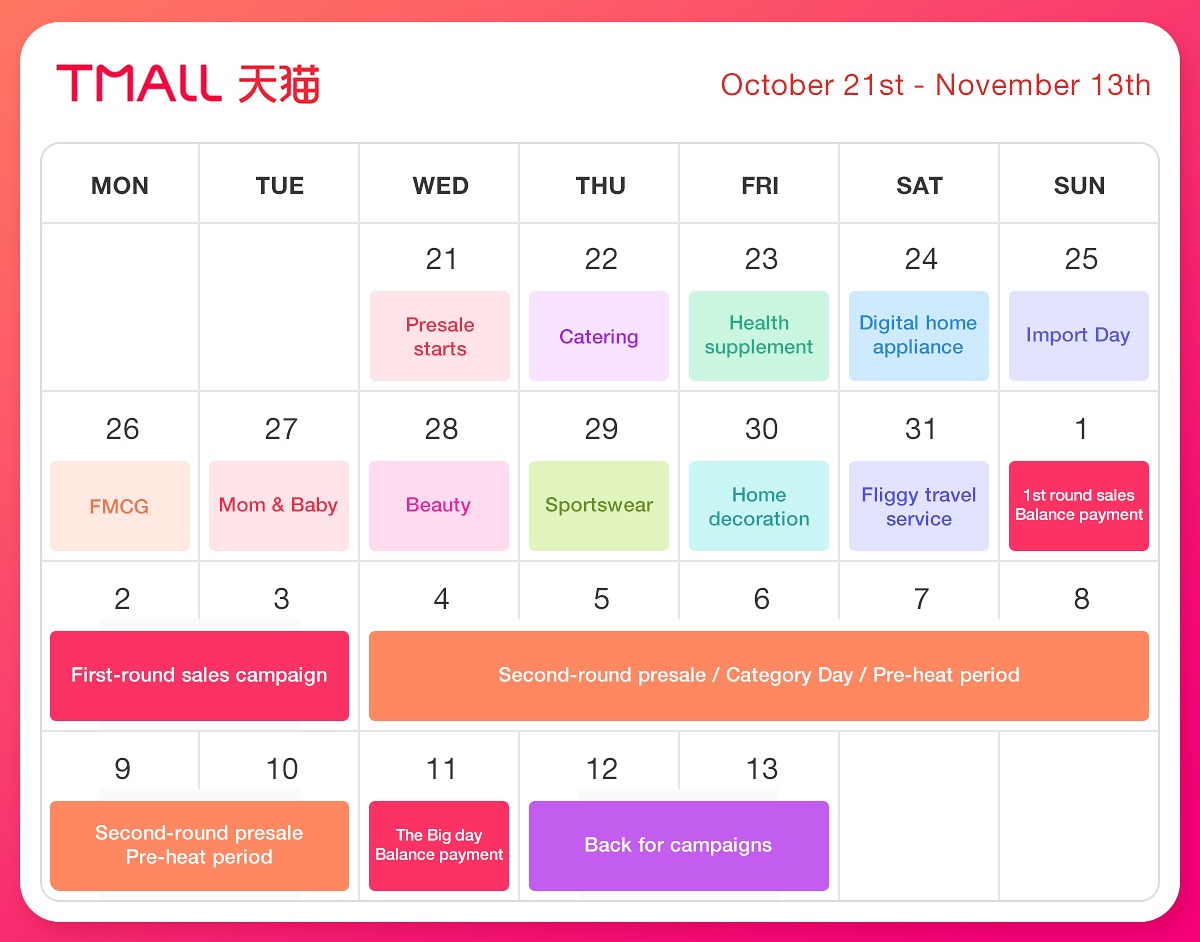 We are already observing some good tactics being employed by brands. Such as brands will leverage consumers’ demands to get products quicker instead of waiting a long time for fulfillment; or differentiate offerings. Bingquan, a domestic toothpaste brand, is mainly selling Gummy flavor of products during the first wave of pre-order, and Milktea flavor of products during the second wave. This tactic allows customers to buy and receive the best seller products first, and quickly tap for the second purchase with higher-order value within the promotion period.[1]

Short-video is becoming trendy in China. According to a report released by QuestMobile[2] in July 2020, the monthly active users (MAU) for short-video products have reached 852 million, which means that seven out of ten mobile internet users in China use short video platforms.

Taobao Mobile has completed revisions and upgrades on the homepage in September for merchants to produce more high-quality video content. In the previous version, banners show on the top of the homepage in horizontal, mainly in graphic design. After upgraded, banners were moved down and replaced by the recommendation feed – "Guess You Like" in the vertical version. This new model enables brands and retailers to enrich their content into short videos, livestreaming, and graphic design. 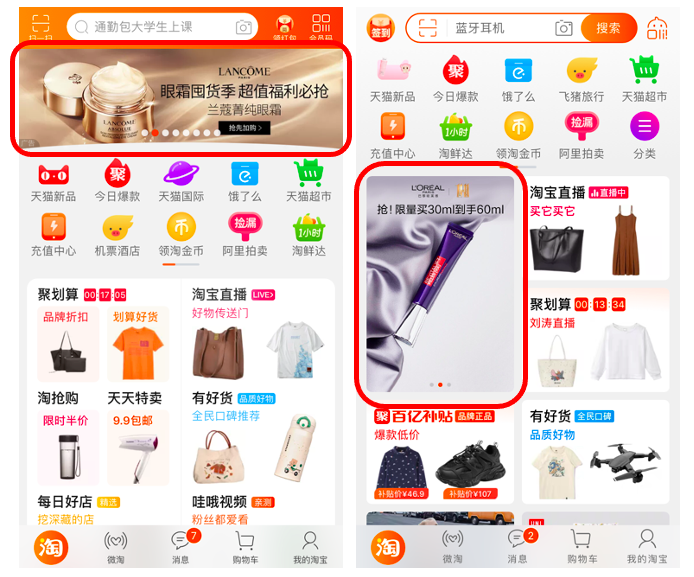 In the upgraded version (right), banners were removed and replaced by "Guess You Like" in the vertical arrangement.

As early as August 20th, Taobao has officially suggested that merchants use short videos to cover 70% of product descriptions. Brands and retailers could leverage this new feature to create more high-quality and attractive content to win over Chinese customers on Singles Day 2020. 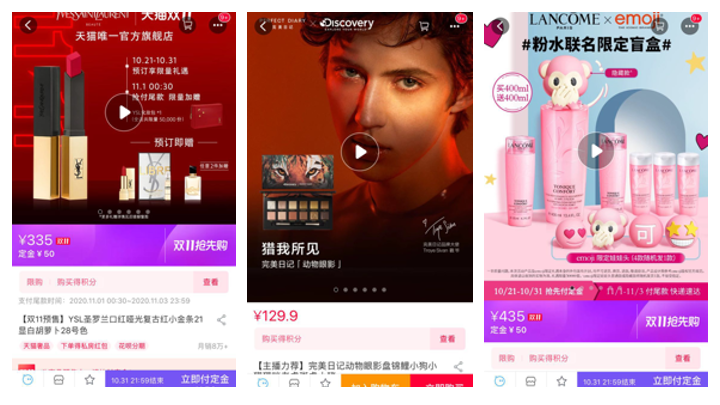 Brands optimized their product description in the form of short-video (from left to right: Saint Laurent, Perfect Diary, and Lancom’s product page in Tmall)

3. Brands and retailers have more options for livestreaming now

Taobao Live, the livestreaming unit of e-commerce giant Alibaba, recorded a sale of RMB 20 billion ($2.85 billion) during Singles Day last year. We forecast that e-commerce livestreaming will play an even more significant role this year. Whilst many merchants have noticed the importance of traffic driving and sales impact of Taobao Live, please also take a look at other platforms.

Currently, Kuaishou e-commerce has more than 100 million daily active users (DAU). It's the third year that Kuaishou participates in the Singles Day. This year, Kuaishou will partner with China's leading television network, Jiangsu Broadcasting Corporation (JSBC), to kick off Singles Day 2020 with a large-scale event – "Kuaishou Night" on October 30th. This event will gather more than 30 celebrities and several top talents in Kuaishou.

Besides, Kuaishou will issue 10 billion RMB in subsidies and cooperate with 12 top celebrities and KOLs to launch a series of e-commerce livestreaming from October 30th to November 11th. It will drive massive traffic to the platform during Singles Day. 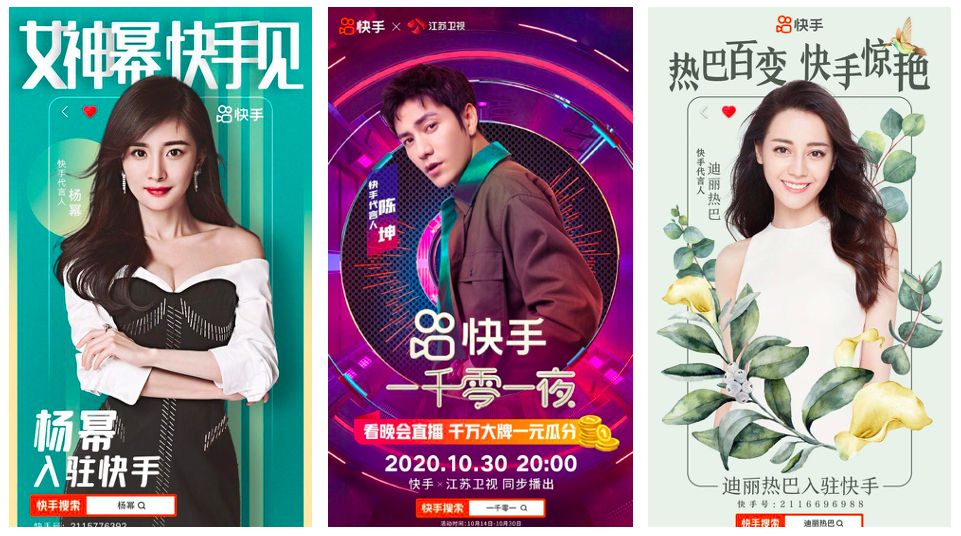 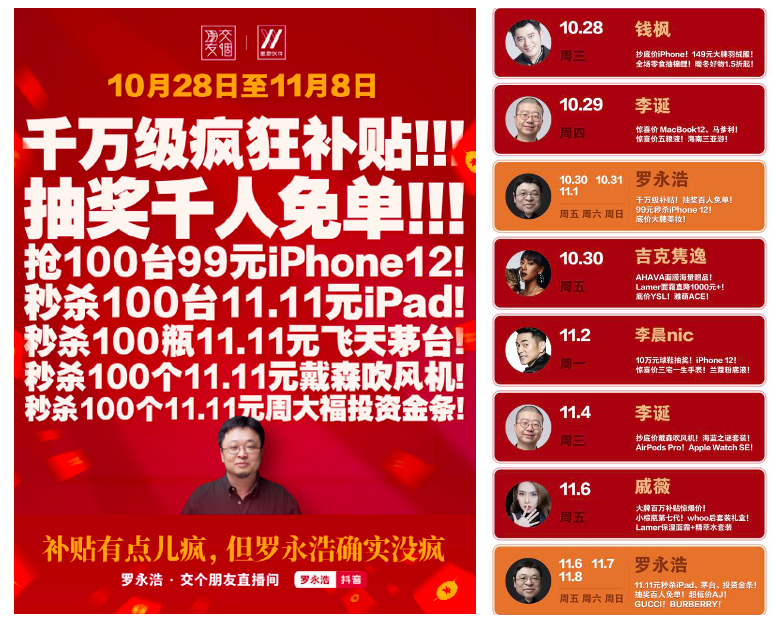 However, Douyin has officially cut external links to e-commerce sites such as Taobao and JD.com since October 9th. This platform has monthly active users (MAU) of 518 million with abundant high-quality content. Merchants used to leverage Douyin livestreaming channel to drive the traffic to their online stores on Taobao or JD.com. Since the link has blocked, merchants need to think about how to leverage Douyin in this Singles Day. To use it as a content marketing channel for branding and promotion, or establish a Douyin store to convert traffic into sales within this APP loop?

We recently saw some brands launching the Mini-program livestreaming on WeChat platforms, such as Sophora, Estee Lauder, and Lancome. 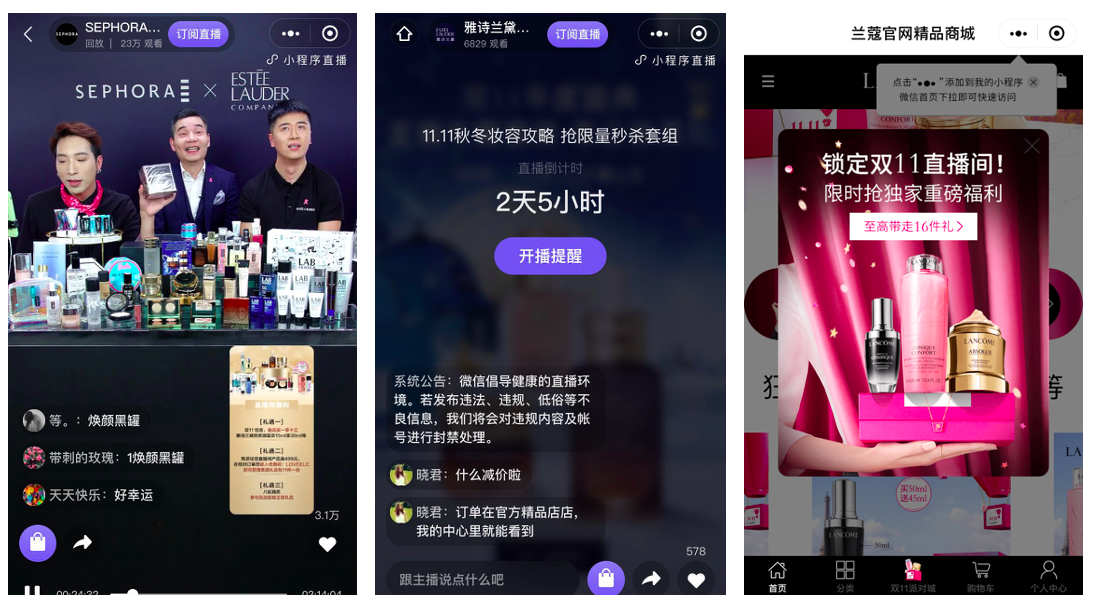 As Singles Day becomes longer, retailers and brands should consider it a "Shopping Season" instead of a "Shopping Day". Marketing strategy requires more flexible plans with a set of approaches.

Short videos will play an even bigger role not only in storytelling on social media but also in product showcase on e-commerce platforms. Leveraging short videos and livestreaming to enrich online present becomes more imperative.

Singles Day is no longer a shopping festival for traditional e-commerce giants like Tmall, Taobao, and JD.com. Other platforms like Kuaishou, Douyin, WeChat mini-programs are participating. Brands and retailers could pay more attention to the opportunities on different platforms and consider whether they need to develop their marketing strategy for multi-platforms.