UK-based cosmetics retailer Space NK has announced that it will be closing all eight of its stores in China, as well as its Tmall store, by the end of May.

This comes just two months after it launched its Tmall store, indicating that the coronavirus crisis has forced the retailer to suddenly curtail its China expansion plans and focus on its businesses in the US and UK.

We take a look at what happened and lessons learned from its brief operations in China.

Space NK was a relative latecomer to the China market, entering in 2018. In comparison, Sephora came to China 13 years ago, giving it an early mover advantage. Arriving late to China is an issue for retailers because they often sell the same brands that other retailers do, which can make it hard to differentiate.

Space NK did not open its Tmall flagship store until earlier this year, whereas Sephora has been selling on Tmall Global, JD Worldwide, WeChat, etc. for quite some time, adopting a comprehensive multi-channel e-commerce strategy. Such a strategy enables one to reach different customer groups, as some customers may be used to shopping on one platform versus others. 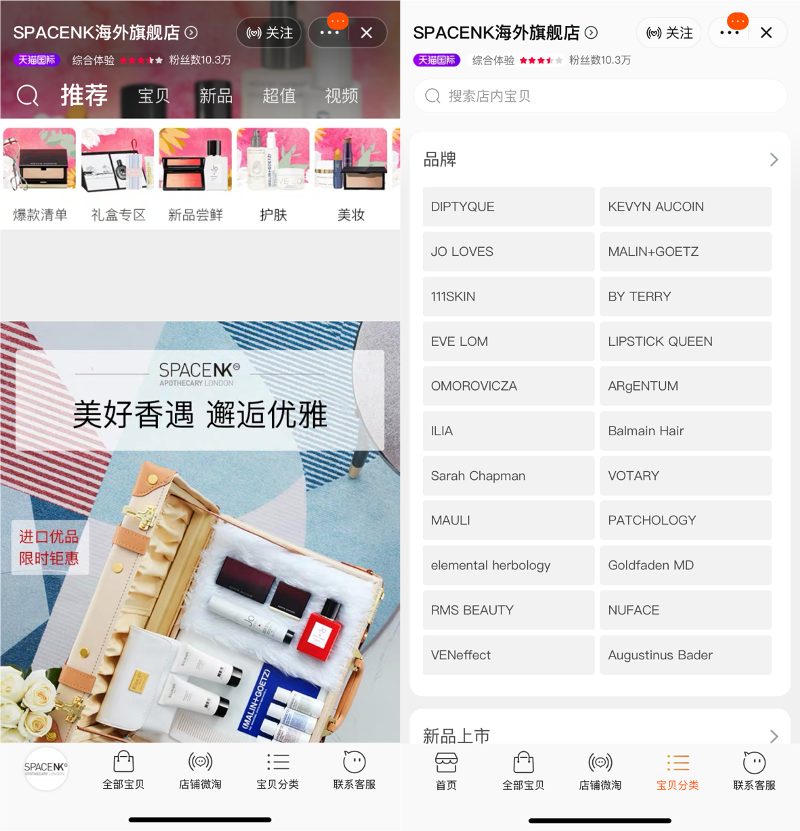 A multi-brand retailer’s advantage lies primarily in their ability to source and import in-demand brands. However, in China this is complicated by the need for brand authorization, as well as animal testing requirements for importing beauty & cosmetics products.

Additionally, Chinese consumers tend to have different preferences than those in the West; for example, they prefer skin whitening creams from Japan and more natural ingredients that enhance the skin from within.

Global retailers oftentimes are unwilling to procure brands specifically for the China consumer because of their tight cash flow situations, shallow inventory, and uncertainty around demand spikes. For example, Singles Day in China can account for a large percentage of one’s annual sales, but it’s difficult for retailers to figure out just how much inventory they need to procure and avoid inventory write-offs.

A brief comparison between Space NK’s China website and global website highlights the disparities between their global and China offerings. Although there are 170 brands on Space NK's global official website, the company's official website in China has only 39 brands , or just 22.9% of its global offerings.  In contrast, Sephora is working with 109 brands in the China market, even partnering with local Chinese brand Marie Dalgar. Sephora’s commitment to the China market and willingness to tailor their product selection to the Chinese consumer have been large contributors to its success in the market.

Space NK Did Little to Promote its Brand Online

Space NK also seems to have done little on the online marketing front. When Chinese media first published news of Space NK’s retreat from the China market, it was the first time that many consumers had heard of the brand.

On China’s social community platform Little Red Book, Space NK's official account only has one official post and 114 followers, which is unusual for a company that has been operating in the Chinese market for over 2 years. 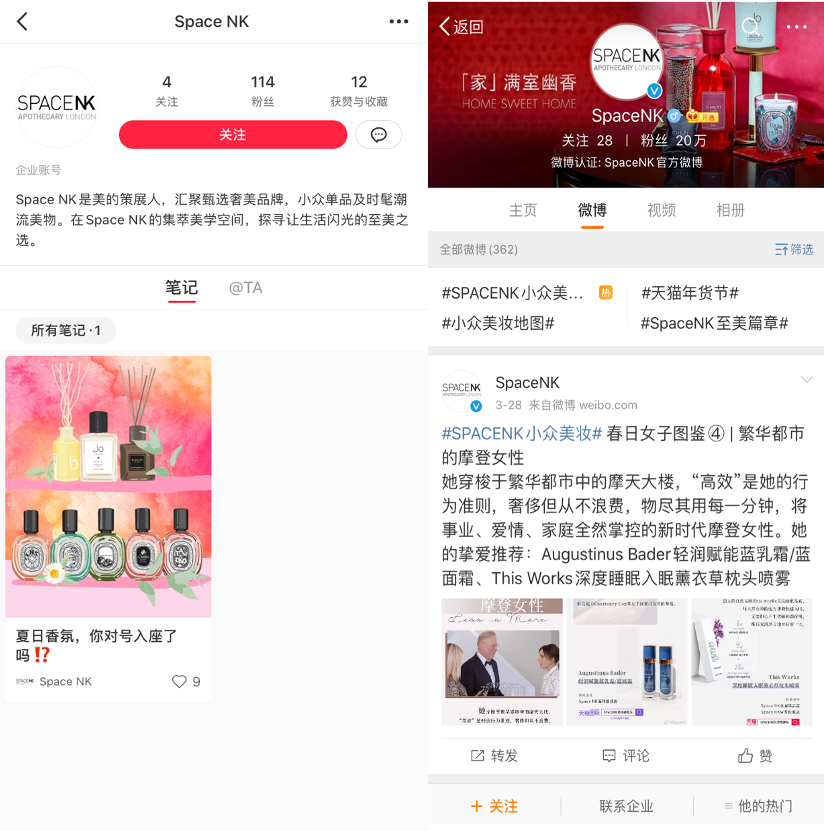 Apart from the retailer’s official account, there are only 720 user posts about the company, most of which focus on Space NK’s UK stores, not the China business. Space NK fares better on Weibo, with 200,000 followers, but the vast majority of its posts have just a few likes and comments, indicating weak engagement.

The lack of China marketing is not surprising. Many retailers elect to spend less on marketing and instead focus on procuring popular brands and selling them at a discount to attract customers. But social consumers like Chinese customers are used to doing research online before they make a purchase, so the lack of a social media presence tends to raise a red flag.

What Space NK should’ve done was work with influencers to ignite discussions on Little Red Book and Weibo, and launch creative marketing campaigns. Sephora frequently launches special multi-brand gift sets for holidays such as Valentines Day in China, and at the same time collaborates with KOLs and celebrities to promote its brand.

On WeChat, Sephora also has a WeChat mini-program store to sell top-selling products. Since retailers can launch official stores on WeChat and have more freedom with regards to marketing and product selection, it’s not uncommon for them to run special campaigns that aren’t available to customers on other platforms. This helps to improve customer loyalty.

The Coronavirus Crisis was the Final Stake in the Coffin

First of all, cargo flight route cancellations severely affected the ability to ship products cross-border to China. Second of all, demand for cosmetics has been down, given that less people are leaving the home and there’s less of a need to put on make-up.

Lastly, offline retail sales have gone to near-zero in the US, UK, and China, putting tremendous pressure on retailers that have to continue paying rent. Given that retail is a low margin business with tight cash flows, it’s no surprise that Space NK elected to exit the China market.

1. Space NK arrived late to the China market, had a limited product selection, and did not invest in online marketing to raise brand awareness

2. Given that retail is a highly competitive industry in China, multi-brand sellers should localize their product selection for Chinese consumers and invest in creative marketing to differentiate themselves from competitors

3. The global coronavirus crisis placed tremendous pressure on Space NK’s businesses in the US and UK, leading them to retreat from China.