Taylor Swift will be there. But tensions over trade and Hong Kong have made some U.S. retailers wary ahead of Singles Day. 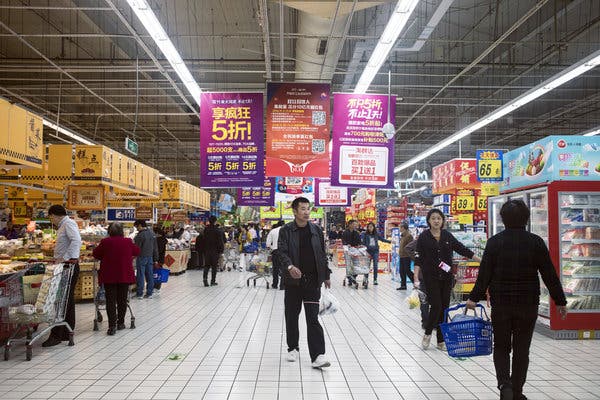 A Shanghai market on Singles Day last Nov. 11, when companies like Apple, Nike and Adidas generated millions of dollars in sales.  Credit...Giulia Marchi/Bloomberg

The biggest shopping day in China is fast approaching, and American companies are treading carefully.

Nov. 11, known as Singles Day or Double-11, started as an anti-Valentine’s Day celebration before the Chinese e-commerce giant Alibaba Group converted it into an annual shopping spectacle that generates billions of dollars in sales. This year, Taylor Swift will help kick off the proceedings by performing at a gala in Shanghai. Some 22,000 international merchants are expected to offer discounts and other deals, mostly online, without the overnight lines and doorbuster bargains associated with Black Friday in the United States.

But American companies have seemed unsure of how to approach China’s $90 billion ad market, believed to be the second-largest in the world. The trade dispute with the United States has led some Chinese consumers to spurn American brands, and tensions over how companies have addressed pro-democracy demonstrations in Hong Kong have further complicated the economic back-and-forth.

Even before the disquiet, Chinese companies had overtaken many American rivals in spending on ads. In 2015, half the top 10 marketers in China were Western brands, with Procter & Gamble in first place, according to data from Magna, a media intelligence firm. Last year, three remained on the list, led by Coca-Cola in fifth place.

If the trade war weakens China’s currency and makes American products less affordable, those brands could cut the amount they spend on marketing further, Brian Wieser, who analyzes media for GroupM, wrote in a blog post in August.

American companies, facing increasing pressure in the United States to take a stand on social issues, have lately stayed away from any whiff of the political in ads that appear in China.

“They definitely talk about being conservative, and they try to double-check things over and over again,” said Ker Zheng, a marketing and partnerships manager at Azoya Group, which helps companies enter the Chinese e-commerce market. “Chinese people in general are very averse to talking about politics, and if they do, it’s in very hushed tones.”

A few days before Singles Day, advertisements on the Alibaba-owned Tmall shopping platform from companies like Dell, Nike and Procter & Gamble were more functional than flashy, focused largely on discounts. The Chinese government let companies and advertising partners know that they were being watched by issuing a notice this month warning against misleading marketing for the shopping event.

Last year, American companies such as Apple, Nike and Adidas generated more than $14 million apiece in Singles Day sales. But for many Chinese shoppers, President Trump’s bellicose talk on trade has damaged perceptions of American brands, according to research from the New York chapter of the American Marketing Association.

Chinese consumers also reacted with disapproval last month to what they saw as signs of support for the Hong Kong protesters from American businesses including Apple, the National Basketball Association and Tiffany & Company.

In a survey, 78 percent of Chinese respondents said they would reconsider buying American brands on Singles Day. In another survey of Chinese consumers, more than half said they had avoided American products.

“It’s not so much nationalism as it is anti-Americanism,” said David Jones, a former chief executive of the ad giant Havas and the founder of the branding and technology group You & Mr. Jones. 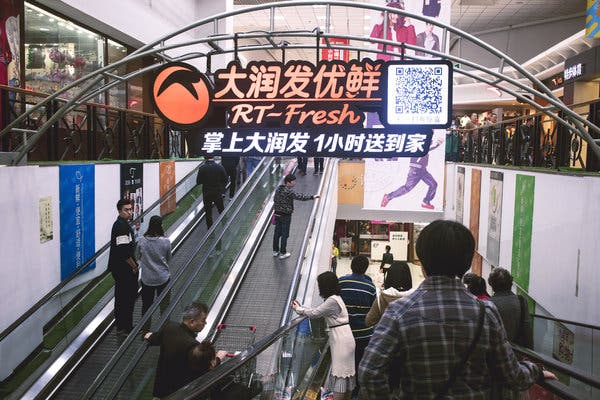 Lin Zhengang, 48, a food-service worker in Shaoxing, said boycotting American goods allowed him to express his “great anger toward the U.S. government’s behavior.”

Other consumers said they were less concerned with a product’s origin than its quality and cost.

“If the price is good, I will buy. If it is not, I will not buy it,” said Wang Yue, 31, a television camera operator in Beijing, who was eyeing cosmetics from the pop star Rihanna’s Fenty Beauty line. “Trade war or not, it doesn’t matter.”

On Wednesday night, in the Manhattan offices of a Chinese business school founded with help from the Hong Kong billionaire Li Ka-shing, the New York branch of the American Marketing Association convened a panel discussion on how American companies can reach resistant consumers in China. 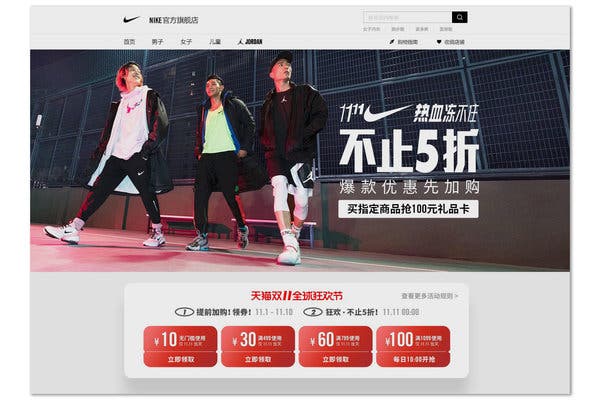 Nike’s page on the Tmall shopping platform, which is owned by Alibaba Group, the Chinese e-commerce giant.Credit...TMall

“You don’t want to be known as an American brand — you want to be known as a Chinese brand,” said Joe Tripodi, a former chief marketing officer at Coca-Cola and Subway. “There will always be aspects of your brand that have dimensions of your origin, but the successful brands, in my experience, have really made a massive effort to become seen as a local brand.”

Xi Jinping, China’s president, pledged this month that “China will open its doors only wider to the world.” But the country’s leadership has encouraged consumers to buy local, especially as the Chinese economy slows, panelists said.

“I was born in a time when China lacked everything, when everything imported was good stuff,” said Daisy King, an adviser to companies trying to make an impression in China. “In recent years, the Chinese government has been trying to promote nationalism and good-quality local products.”

American marketing executives who have worked in China said the learning curve could be steep for outsiders. Starting and maintaining a foreign-owned agency there is easier than it used to be, but regulations still favor domestic businesses, they said. Another hurdle is China’s internet censorship system, known as the Great Firewall, which has blocked Google, Facebook and other platforms familiar to American advertising companies.

American and European ad agencies in China have been hiring more Chinese citizens, rather than relying on expatriates, said Mr. Jones, the marketing executive. But ads from companies outside China still betray a lack of cultural literacy at times, and many Chinese consumers have been sensitive to their perceived missteps and product slip-ups.

“Brands have long been able to shoot themselves in the foot independent of any impact of trade wars or backlash against Hong Kong,” Mr. Jones said.