Despite mounting global social and economic challenges, the designer fashion sector has shown massive growth potential, as Chinese consumers are seeking to express their personality and revolutionize their wardrobes.

Amid the resurgence of COVID-19 cases in China and external uncertainties throughout this spring, the luxury industry suffered an unexpected slump in the China market in Q2. Kering reported Asia-Pacific retail revenues dropped by 15%, which was largely due to one-third of Kering-owned boutiques in China closing in April and May. Coincidentally, the LVMH group announced a significant fall in revenue.

The resilience of the Chinese market is still favored by luxury giants, and the luxury houses are not stopping the pace of development in China. Milan luxury women's brand Marni opened China's first flagship store, followed by Maison Margiela, Versace, and Dunhill celebrating a new branch in Shanghai.

The luxury designer market in China maintained its double-digit growth impetus in 2021. Bain & Company’s newly released China Luxury Report highlights that China has become one of the most promising fashion markets in the world.

In this article, we decode the key trends storming China’s fashion industry, and how leading fashion houses localize their strategies to approach Gen Z and millennial consumers in China.

Designer fashion is super-chic in China

Just before the pandemic started, China’s demand for designer fashion had been on the rise. The pandemic has fostered the overall awareness of self-care and self-pampering, and it shifted the focus to fashion apparel. When people wear masks more often, there are fewer opportunities to wear fancy makeup. Instead, they turn to personal fashion outfits. On the lifestyle platform Little Red Book, fashion has become the largest content section, with year-over-year (YoY) growth of 240%. Outfit matching is the most popular type of fashion content among the platform’s users.

As China’s social media ecosystem rapidly matures, digital natives (the post-90s and millennial generations) have taken to social media to share their outfits and browse inspiring fashion matching recommendations. Among all the posts, designer labels with unique, bold, and recognizable designs, have won the hearts of younger customers.

In mid-January this year, Fear of God, Essentials, and Athletics, three of designer and entrepreneur Jerry Lorenzo's brands, were among the most well-liked attractions at China's largest streetwear exhibition in Shanghai. Chinese shoppers got their first glimpse at the Fear of God and Adidas collaboration during the exhibition.

As such, Fear of God’s three-day exhibition space had a long queue of visitors waiting to enter the pop-up store. 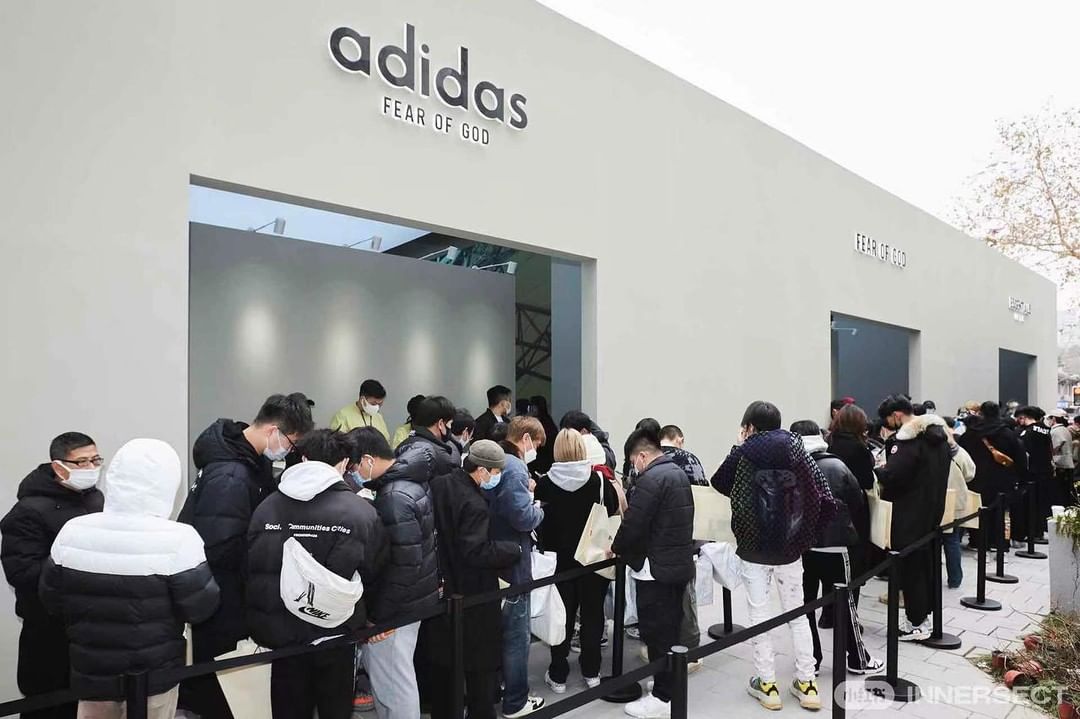 French designer brand, AMI Paris has ridden the hype around the world with its highly recognizable "Little red heart." On January 8, AMI Paris celebrated its grand opening of the JD flagship store and released the JD.com-exclusive collection and Chinese New Year limited series to join the JD 2022 Chinese New Year goods festival.  During the JD Luxury Festival, AMI PARIS earned a 54 times YoY increase in transaction volume, as the brand is deeply favored by consumers. AMI Paris saw its turnover increase by over 200% YoY during JD 2022 618 grand promotion.

WE11Done plans to debut in China in October this year with its first offline store located in MixCity, one of the premium shopping destinations in tier 1 city Shenzhen. Before We11Done made its official presence in China, this fashion label gained over 47,000 notes on China’s social shopping platform Little Red Book. It draws on a variety of inspirations, fusing Eastern and Western styles, and is well known for its unisex, designer-meets-streetwear fashion appeal. 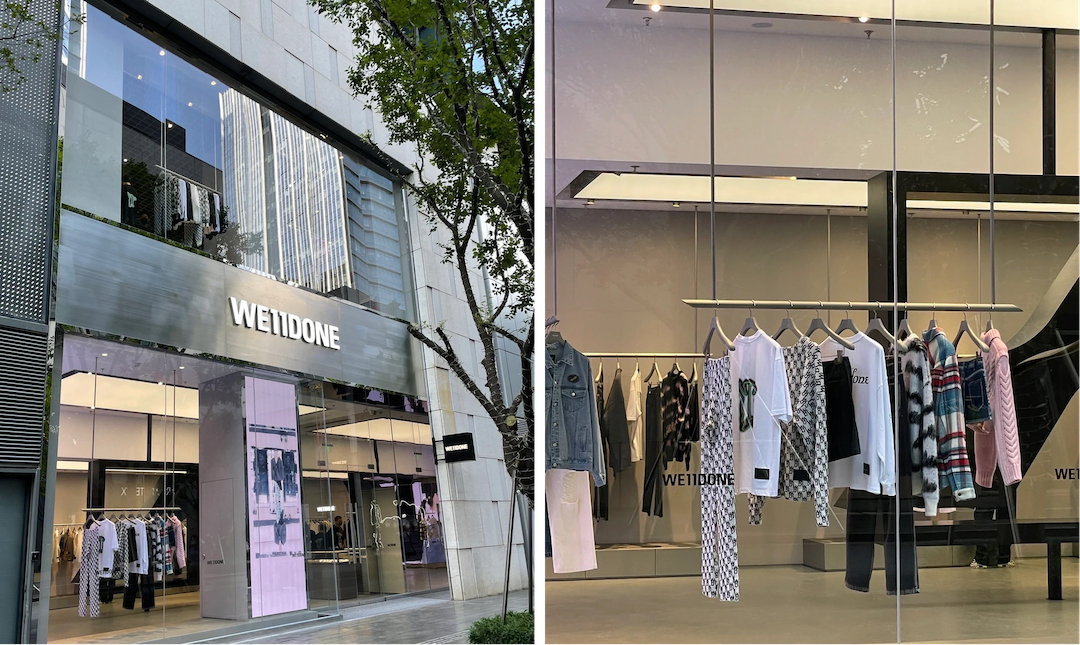 The younger generation’s desire for designer fashion is also proven by fashion pioneer I.T, which is home to 600+ designer labels, contemporary streetwear brands, and lifestyle collections from around the world.   Noticeably, ITeShop is one of the key channels for ESSENTIALS fans to purchase their favorite clothing.

ITeShop owns a host of fashion and designer labels sought after by Chinese customers in its brand lab, which helps ITeShop attract a large number of new and potential customers for I.T.  I.T's WeChat private traffic sales grew over 200% YoY in 2021. 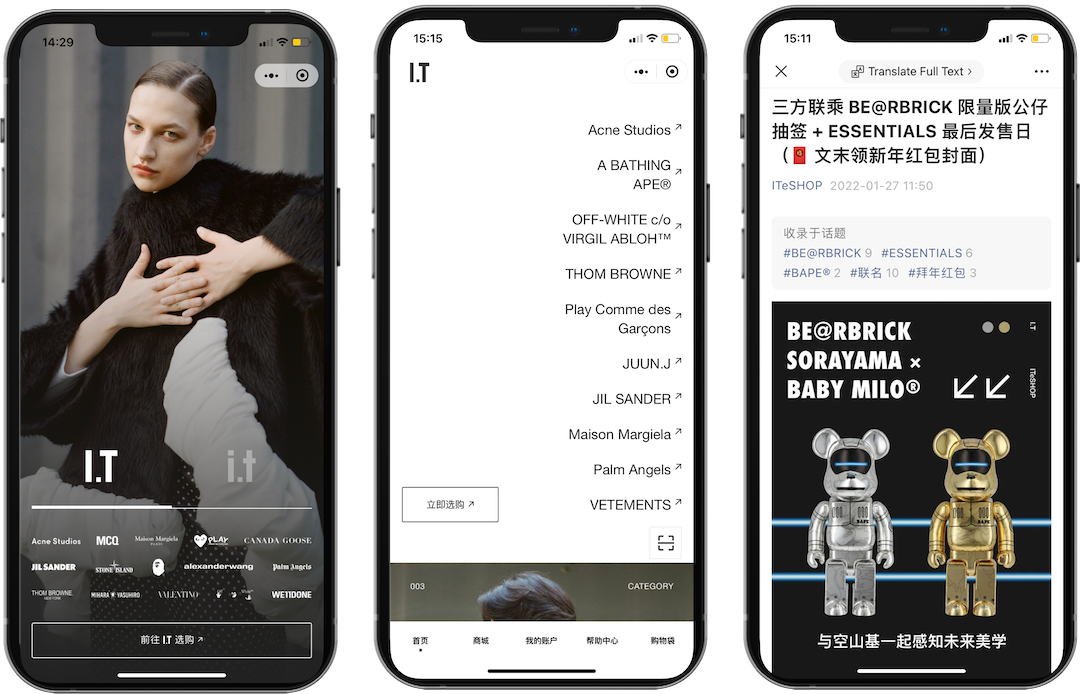 To deepen engagement and activate its high-potential and existing customers, I.T hosts livestreaming experiences to promote sales via WeChat. Customers are prone to make decisions quickly and buy on impulse, driven by livestreaming scenarios and exclusive deals.

How to appeal to savvy Gen Zs in China

Livestream shopping is an indispensable channel for Chinese customers’ fashion consumption. Especially for Gen Zs and millennials, social content like livestreaming and short videos are more intriguing to consume.

Earlier in 2020, global luxury retailer Net-a-Porter collaborated with top luxury influencer Mr. Bags to host a livestreaming session on Alibaba’s Taobao Live platform. The program was designed to promote a series of sales for China’s 520 Valentine’s Day, which takes place on May 20 every year.

In time for this year’s Mother’s Day on May 8, Lanvin debuted on Little Red Book with a limited-time livestreaming campaign. Lanvin became one of the few fashion brands that presented on China’s lifestyle-sharing platform during the outbreak in Shanghai.

On Mother’s Day, Lanvin also joined hands with AKIIIKO, the top fashion influencer of Little Red Book with more than 680,000 followers. They launched a special event to sell more than 100 items, including the latest spring/summer ready-to-wear collection.

And Lanvin was the first luxury brand to enter the Little Red Book e-commerce. Due to the uncertainty of offline luxury retail in China, luxury brands are desperate to find a window to continue to connect with Chinese consumers. 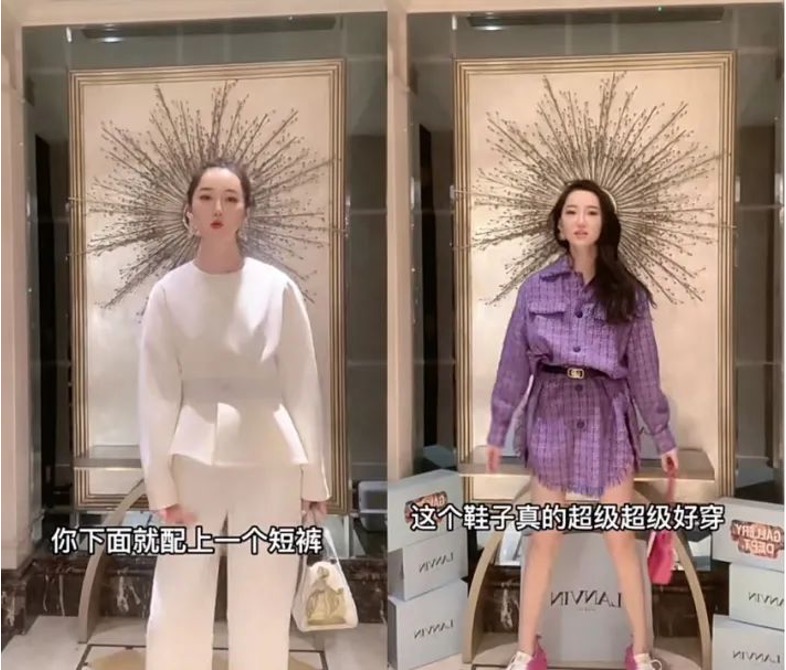 Tapping into the key fashion destinations in China

One of the most important lessons learned from the pandemic is that retailers in the fashion sector need to have an up-to-date and actionable digital strategy. Another important element in China's expansion is digitization.

Last March, the luxury retail platform Farfetch debuted its flagship store on Alibaba’s Tmall Luxury Pavilion. With this partnership, Farfetch gained access to Alibaba’s 779 million customers and made thousands of designer brands more easily accessible to the target group. The premium e-tailer celebrated another big milestone in China in January, launching Off-White, Ambush, and Palm Angels on the platform.

Farfetch China has now become one of the most localized luxury platforms operating in China, thanks to localized content around our communities, dedicated iOS, Android app, WeChat mini program, and social platforms, including Weibo, Douyin, and Little Red Book.

Around the world, all eyes are on China market’s curiosity for fashion apparel. German luxury e-commerce player MyTheresa partnered with JD.com to unveil its official online boutique in late March this year. The e-boutique offers luxury brands, such as Alaïa, Balmain, Roger Vivier, and Versace, as well as designer labels like Marine Serre, Lemaire, and Ganni.

Take Miinto, the Danish online luxury fashion platform, which has already embarked on comprehensive digitization in China. In 2021, Miinto opened a flagship store on JD Worldwide and an official mall in China, miintostore.cn. Chinese customers’ desire for premium and luxury products from thousands of European brands and fashion boutiques has propelled Miinto onto a creative digital path. In November 2021, the Miinto WeChat mini program boutique store also officially launched. 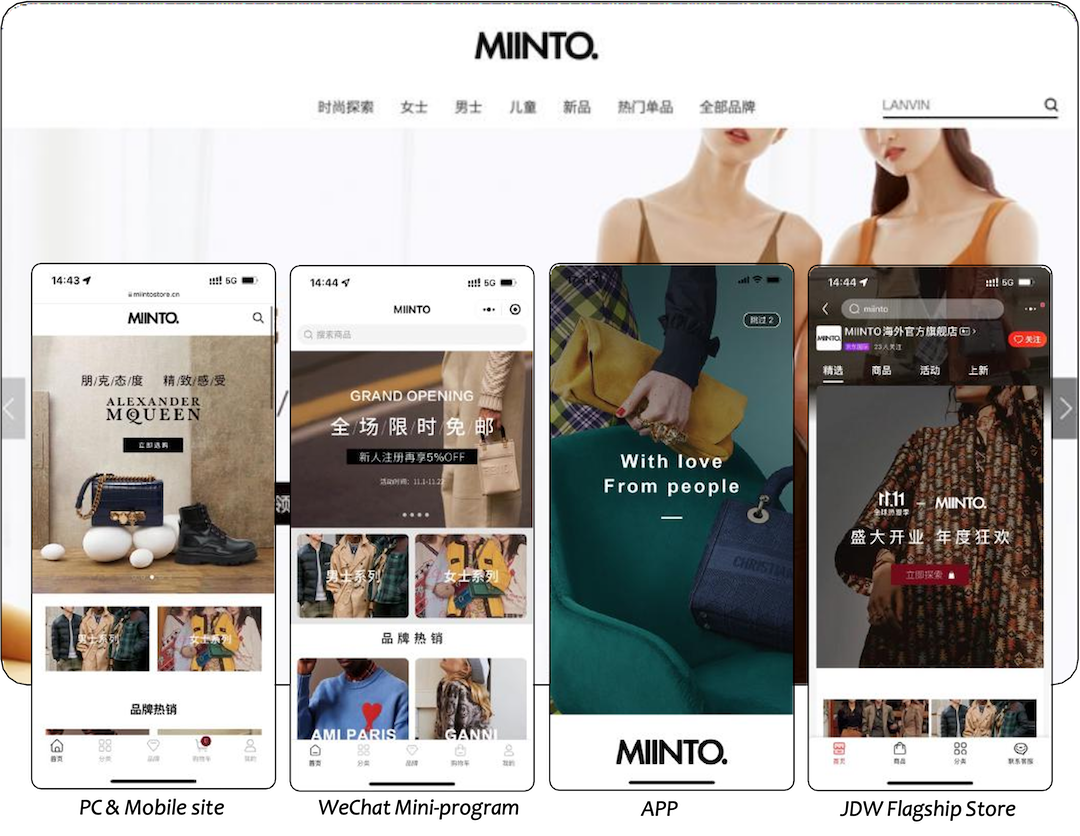 What are the opportunities in China's designer fashion market?

Customers' desire for varied fashion styles creates an opportunity for well-known fashion boutiques or niche brands to earn sales and loyalty in China.  The COVID-19 pandemic has affected overseas travel over the past two years, yet consumer demand for overseas fashion apparel remains strong.

According to Imported Consumption Trend 2022 released by JD.com, the number of SKUs of imported brands increased 51% YoY in the first half of 2022. During this year's 618 shopping festival, more than 400 brands on JD Worldwide saw their transaction volume soar by more than 100% YoY. They prove the authenticity of imported products by referring to their original country of production.

The high-tier market is still the main force of the imported consumer market, with the tier 1 and tier 2 cities accounting for 55% of the turnover of international products in the first half of 2022.

Cross-border e-commerce provides a shortcut to give designer fashion players access to Chinese customers. Tmall Global and JD Worldwide are primary sales channels for international fashion players to break into the Chinese market.

1. Customers are looking for more exquisite and high-end designer fashion.

3. Cross-border e-commerce provides a gateway for leading players to plug into the China market with a relatively asset-light solution.