Aldi’s launching of two offline stores in Shanghai this past summer comes after large retail chains Metro and Carrefour announced their departure from China.

Carrefour sold its 80% stake in its China operations to local retailer Suning in June and Metro is in the midst of selling off its China business.

But Aldi is taking a different approach, opting for smaller, smarter retail stores that are equipped with WeChat technology and offer speedy delivery options. It plans to launch over 100 of these stores going forward.

We discuss Aldi's multi-pronged approach to court Chinese consumers and how it could become a role model for other foreign retailers in China.

Tmall Global as a Launchpad

Aldi first tested the China market in April 2017 by launching a flagship store on Tmall Global – what many to consider to be a brand’s official presence in China.

But what's more is that Aldi opened a sourcing office in Hong Kong long ago in 2015, enabling it to build out a robust supply chain for its Asia operations (including Australia). This means that it has been preparing for the China market for quite some time. 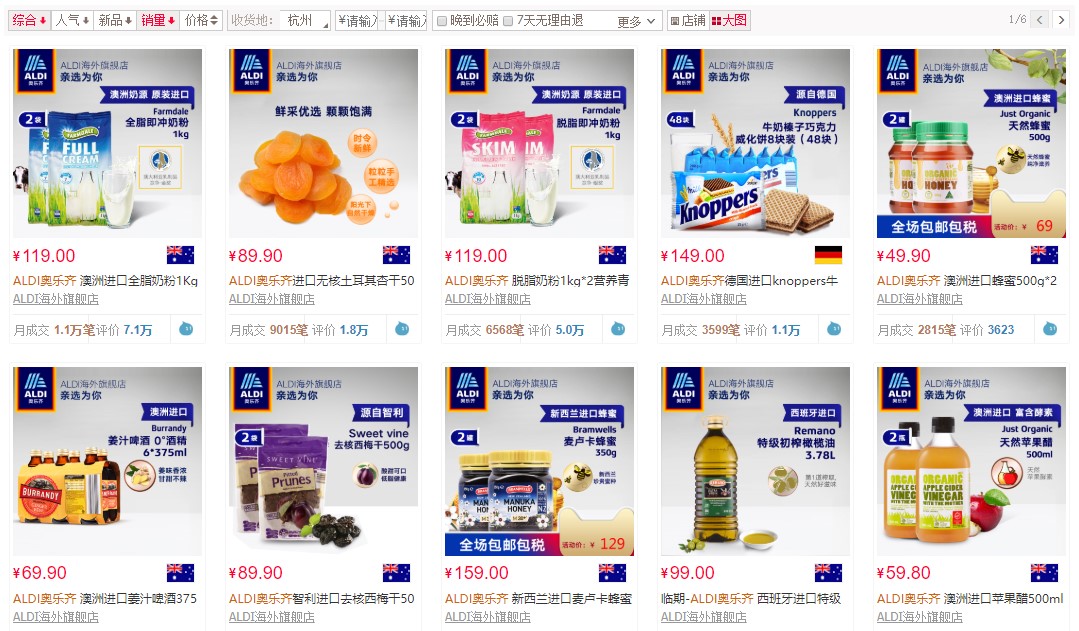 Aldi's Tmall store gave it a channel to test new products and customers' reaction to them, without having to export them in bulk and incur inventory risk.

But offline retail is still essential to selling grocery items, as online consumers lack the opportunity to try items before making a purchase.

Hence, Aldi launched two stores in Shanghai this past June.

Let’s take a look at its offline retail stores and examine how they're different from typical hypermarket models adopted by other players.

- They're smaller. Aldi's stores are smaller than stores run by Carrefour and Metro, both of which operated large big-box stores that made it easy for customers to get lost in. This enables them to save on both rent and personnel costs.

- Fewer SKUs, lower prices. The success of Alibaba's Hema and Yonghui/Tencent's Super Species stores shows that you don’t need 50,000 SKUs in a store to drive traffic. In fact, procuring a higher volume of fewer SKUs means that you can negotiate bulk purchases at lower prices, and pass on those savings to your customers. Aldi also leverages delivery services + Tmall/WeChat ordering to make up for a smaller breadth selection.

- Focus on private label goods = low prices but still okay margins. What’s more is that Aldi’s product selection consists of a large portion of private-label goods, which are higher margin even if Aldi does sell them at ultra-low prices.

Note that Wal-Mart exited the German grocery market in 2006, selling 85 stores to Aldi and Metro for an estimated loss of over US$1 billion. 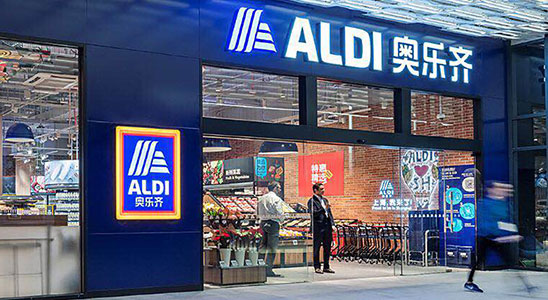 Where WeChat Fits In

Customers can use the mini-program to scan items’ bar codes and check out with WeChat Pay and Alipay, without having to head to the register.

Aldi's WeChat mini-program also offers 3km radius delivery services within one hour. Those that spend 99 RMB per order are entitled to free delivery. Customers in other cities surrounding Shanghai can have items shipped to their homes within one day.

In essence, Aldi is mimicking the tactics of smart supermarkets Freshippo (formerly Hema) and Super Species, both owned by Alibaba and Tencent/Yonghui, respectively.

Both offer scan-and-go mini-programs and convenient delivery services. It is estimated that e-commerce sales account for 60% of total sales at Freshippo, indicating that all the money invested in smart retail technology is worth it. 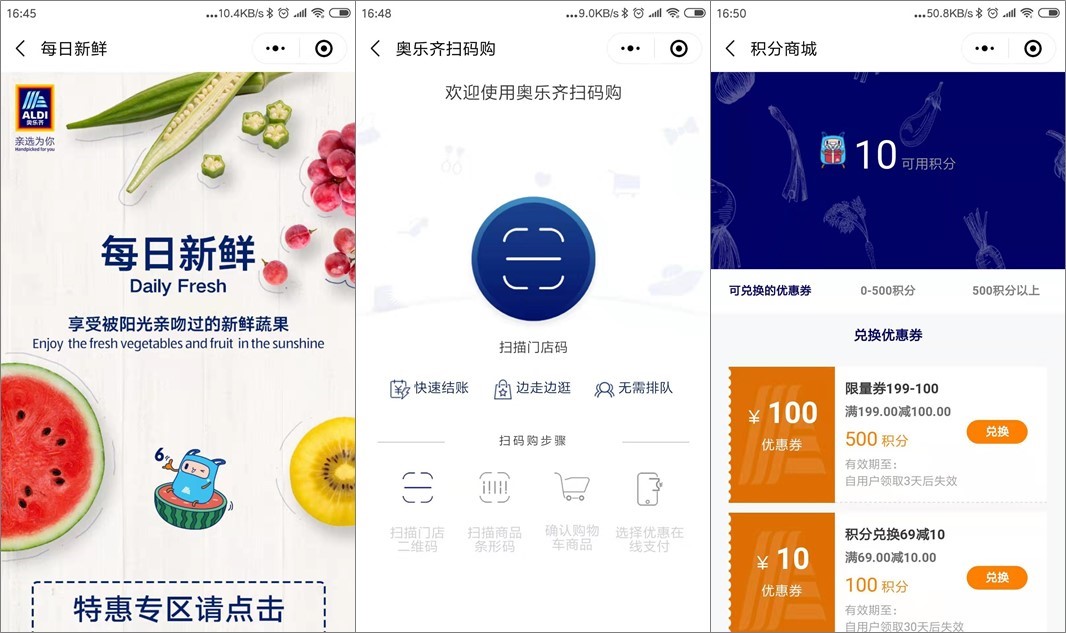 In summary, there are three main channels through which customers can buy Aldi products: offline retail, WeChat delivery, and Tmall.

Offline retail gives customers the chance to discover and try new products in the store, which is important for categories such as fresh groceries.

The delivery services give customers the option of ordering food when they don't feel like going to the store, or if they forgot to purchase an item, or even if they just don't feel like carrying all those heavy groceries home.

And lastly, Tmall Global gives customers the option of purchasing imported cross-border e-commerce items that may be more difficult to find in offline retail stores in China. For Aldi, it also gives management the ability to test new products online and customers' reaction to them before exporting them in bulk to China.

Will Aldi succeed in China? It's hard to say. The grocery market is notoriously competitive and fast-paced. Right now it looks like Aldi is on the right track but it remains to be seen whether or not it can expand its approach to 100+ stores in the market.

3. Aldi’s WeChat mini-program plays two roles in that it lets customers both check out items at the store and also order items delivered to their homes.