Amazon’s China business shifted its focus to importing international goods such as cosmetics and milk powder, after losing the world’s largest e-commerce market to Alibaba nearly a decade ago. While the deal between Amazon China and Netease Kaola has yet to be officially announced, rumor has it that the two will enter into a share swap to cement the partnership.

Amazon’s business in China is small; according to research intelligence firm Analysys International it has a 6% share of the $56 billion cross-border e-commerce market - a pittance compared to the $233 billion in global revenues it raked in over the course of last year. In addition to its cross-border China import business, much of its China operations are dedicated to helping Chinese sellers export their wares to international markets.

For Amazon, this partnership with Kaola could be its way back into the China market. While it lacks in market share and its platform lacks a localized Chinese user experience, Amazon does have a strong global supply chain and an extensive network of quality suppliers from around the world.

China’s cross-border e-commerce market has been plagued by incidents of fake products, and some consumers still turn to Amazon China for imported goods such as milk powder and cosmetics.

Though Netease Kaola has done well in the cross-border space, it still faces issues with product authenticity. In January a customer accused the platform of selling a fake Canada Goose jacket to her, and the incident went viral on Chinese social media, leading many to question whether China’s second largest cross-border e-commerce platform can maintain oversight over its supply chain[1].

The purported merger also comes as Netease Kaola is ramping up its business in a bid to unseat Tmall Global as the market leader in cross-border e-commerce. The two competitors have been going neck and neck with each other throughout the past few years; Kaola was ahead of Tmall Global as recently as early 2018, but has fallen behind as of Q4 2018. Kaola now occupies a 24.5% share of the market[2], compared with Tmall Global, which has a 31.7% market share. 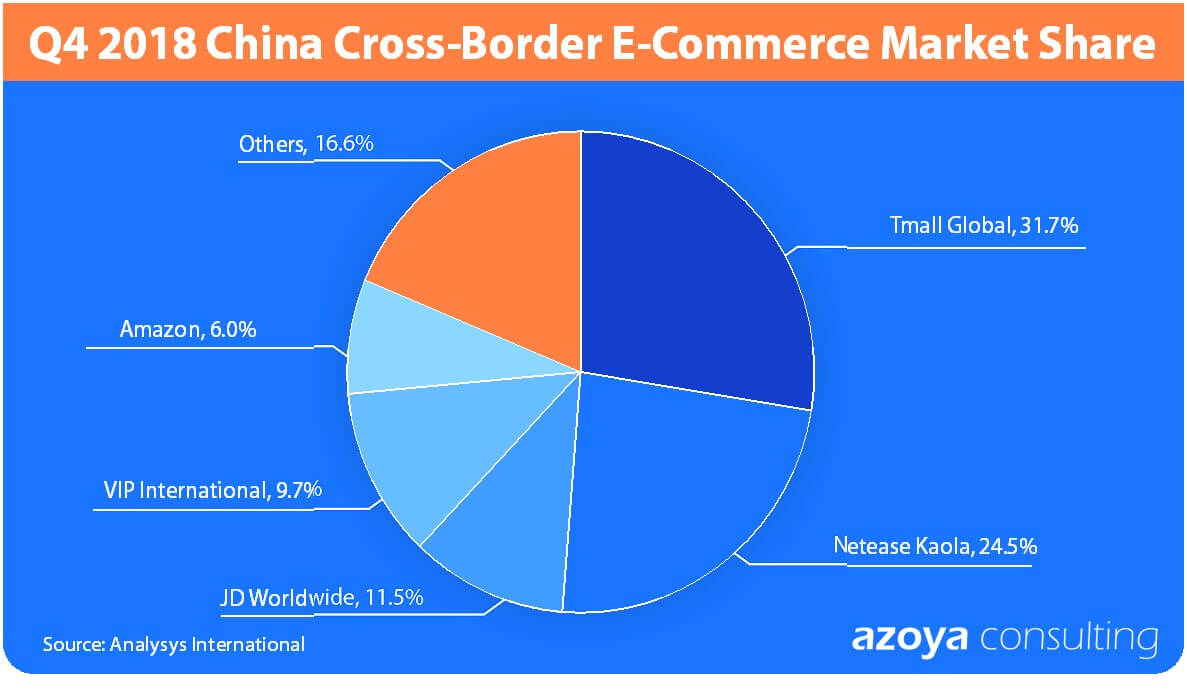 In November of 2018, Kaola pledged to spend $2.89 billion to beef up its inventory, as it inked 110 different deals with suppliers at the China International Import Expo[3]. This is in addition to its 2017 commitment to procure more than $3 billion of US products for its business[4].

This is because Kaola has an urgent need to diversify its product selection. Its platform is a standalone website consisting of purely cross-border e-commerce goods, whereas Tmall Global operates as a subsection of Tmall and shares user traffic with domestic Chinese suppliers. Because of this, Kaola is under pressure to provide a wider variety of goods, which will drive traffic to its retail platform.

The challenge for Kaola is that it is relatively small compared to Alibaba, which has extensive procurement centers all around the world. Alibaba has been a global company from day one, and its brand is much stronger in overseas markets. Global suppliers trust the Alibaba name, whereas Kaola is relatively unknown.

Could Amazon China and Netease Kaola collaborate on offline retail?

One question is whether or not a small stake in the niche cross-border e-commerce market is big enough for a behemoth like Amazon, which brought in $233 billion in revenues last year.

Another possibility is the two working together to expand Kaola’s offline retail presence. While Kaola ‘s business is subsidized by Netease’s highly profitable gaming division, Amazon’s resources could give it the boost it needs to compete on a much larger scale in China. 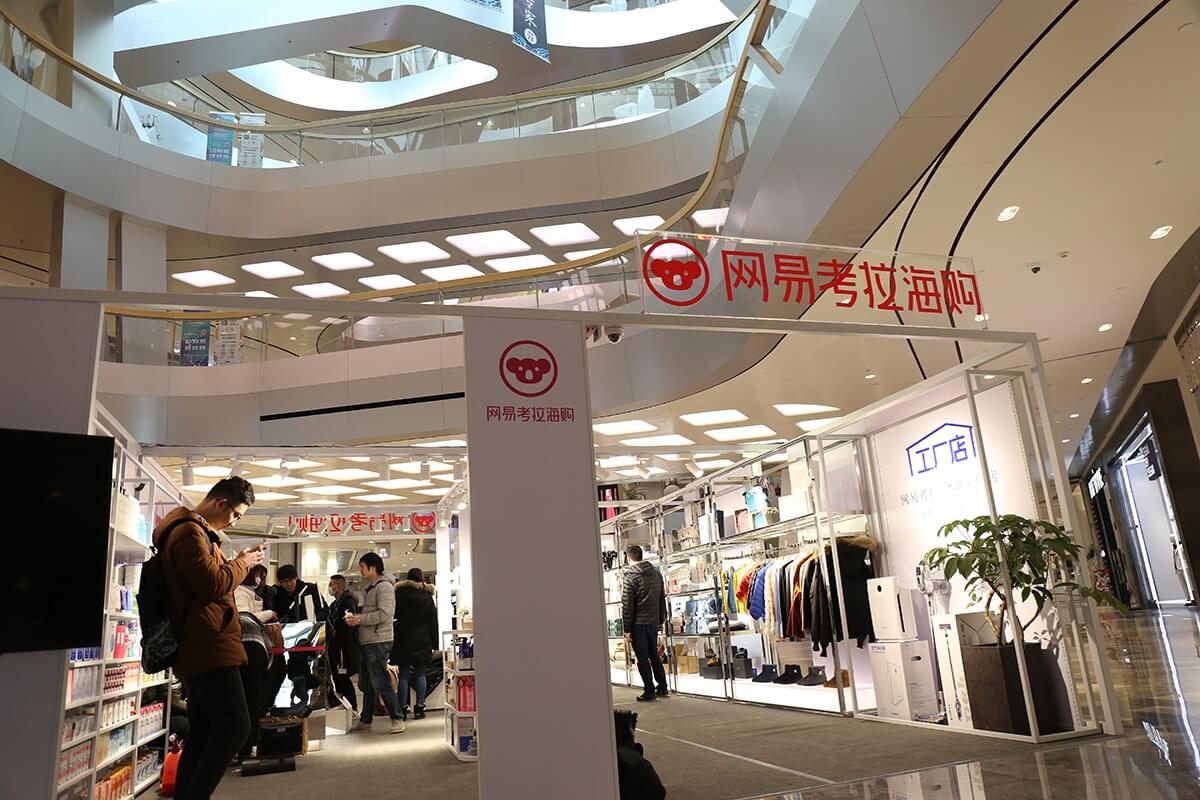 Lastly, Netease could also use Amazon’s global business as a platform for exporting some of its goods overseas. Netease Yanxuan procures white-label goods directly from the same manufacturers that make products for the likes of Nike and Adidas. While purely speculative, this could be another interesting way in which the Netease-Amazon partnership could progress.

Tmall and Other Marketplace Changes in 4Q 2019

Tmall Global and Other Marketplace Changes in 3Q 2019