Amid various uncertainties and speculations, this year's 618 mid-year shopping festival in China came to an end on June 18. E-commerce marketplaces’ 618 performance varies. While Tmall stays pretty low-key on its 618 final results, the initiator of the 618 mid-year spree, JD.com, celebrates a new sales record.

Surprisingly, short-form video platform Douyin, which officially debuted at this year’s 618 festival, was a dark horse this year.

In this article, we summarize the latest consumption trends and moves from Douyin 618, and how they impact international brands seeking new business growth in China.

Witnessing robust growth, Douyin e-commerce is the next promising opportunity

The number of merchants participating in 618 events surged 159% YoY, and short videos linked to shopping carts (directly driving traffic to stores) have been viewed 115.1 billion times. 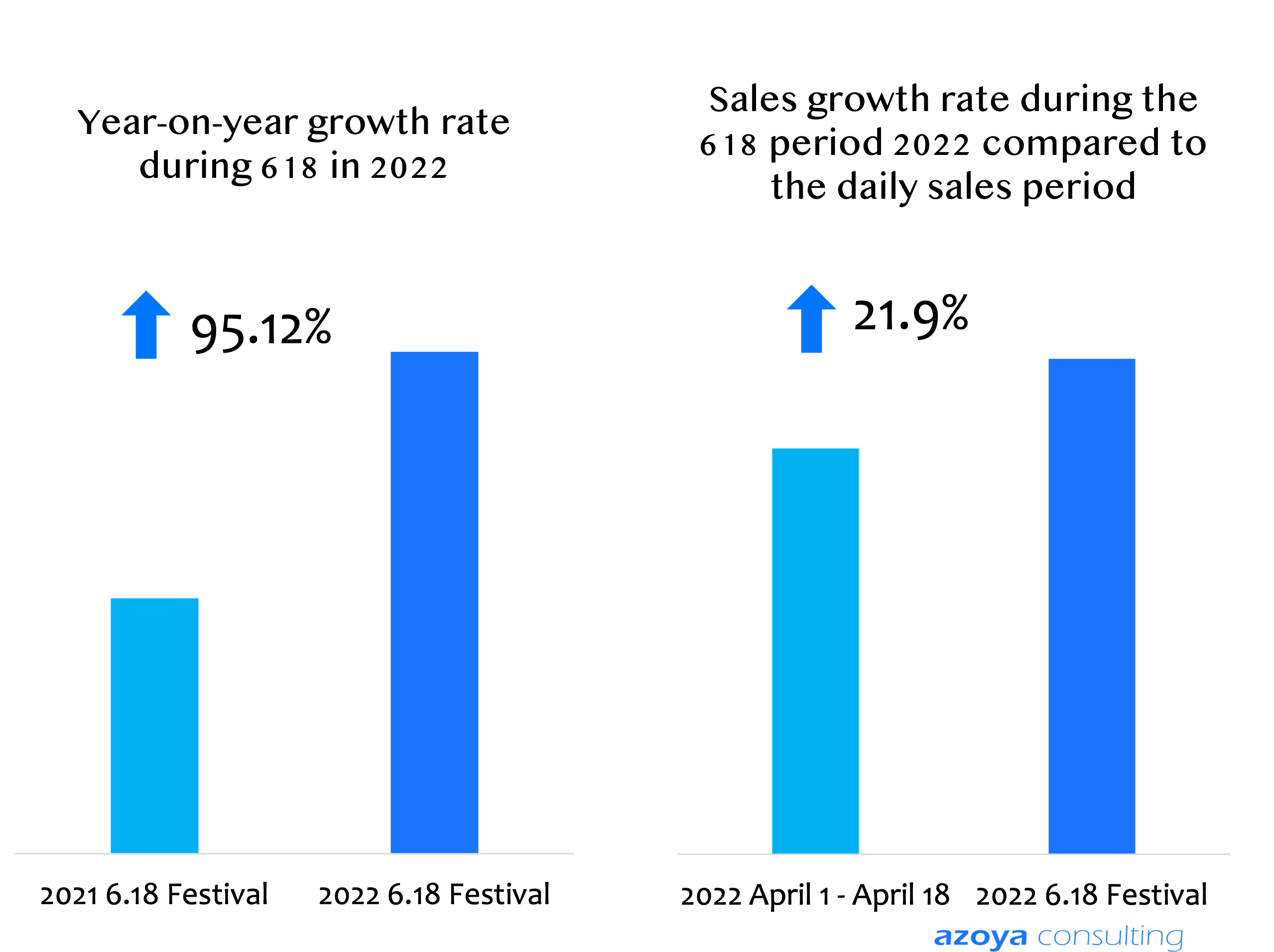 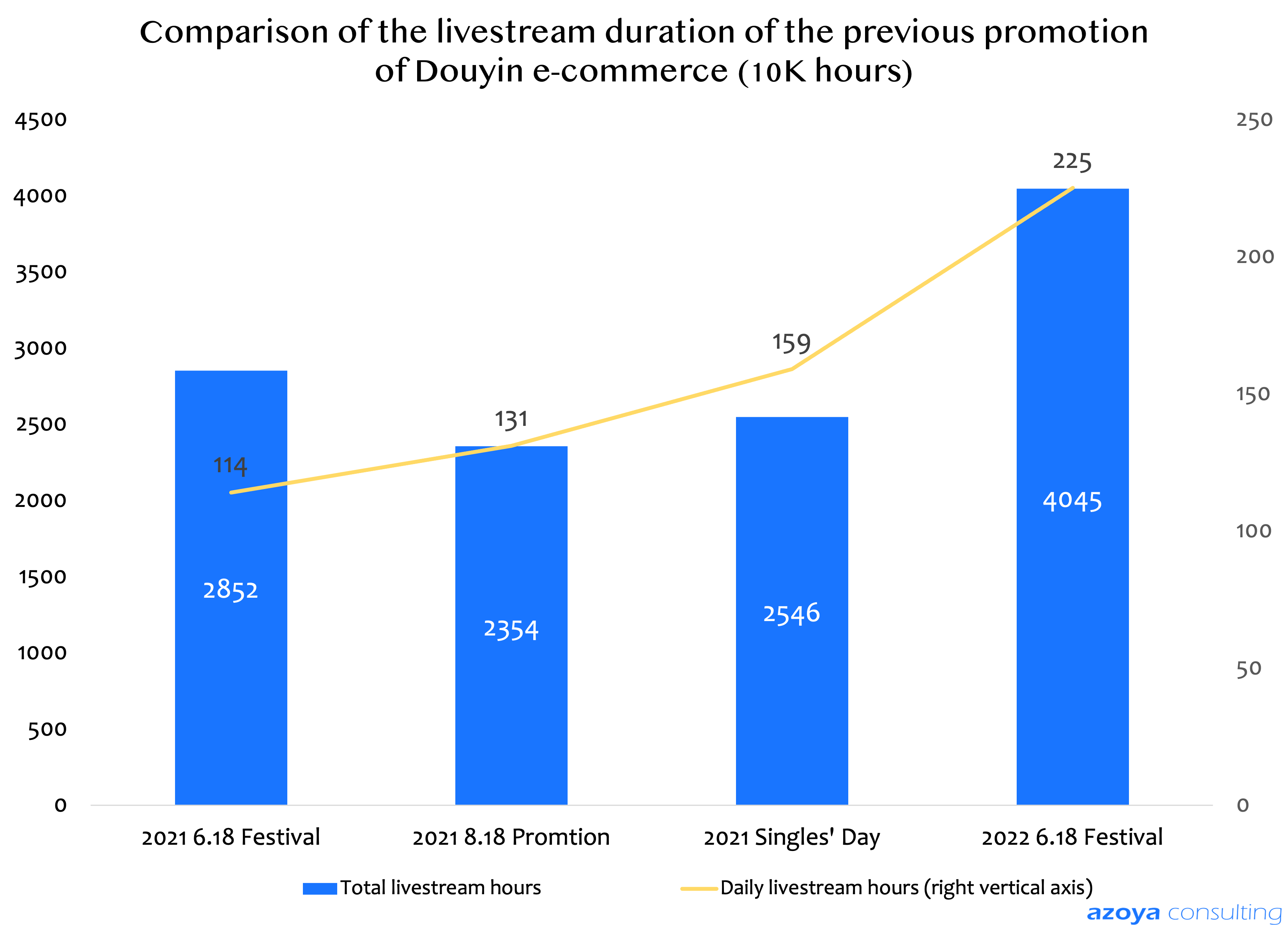 Douyin E-commerce, which became a standalone business unit only two years ago, is quickly stealing traffic from e-commerce giants like Alibaba and JD.com, thanks to its wildly popular social content.

Douyin's GMV in 2021 was 3.2 times higher than in 2020, as a result of increasing its e-commerce initiatives over the previous year. The number of users who purchased on Douyin grew 69% YoY.

According to Douyin E-commerce Ecosystem Conference on May 31, Ms. Wei, the President of Douyin E-commerce department expected that there are still many opportunities in the market. She also said this emerging marketplace is looking to contribute to more than half of the market’s growth in the future.

And these younger customers have a faster growth rate, higher per capita turnover, and are more willing to try new products. They want something different from the previous generations.

Compared with standard products widely available in the market, the post-00s prefer products with unique personalities. They think innovation is the most important reason to buy, as well as scarcity. Once too many people have the same item, they desire new brands and products that offer alternatives.

Post-00s Lifestyle Insight Report also proves this trend. Nearly 60% of millennial consumers are willing to try niche brands. From post-00s’ perspectives, the unique story behind a brand is also what attracts them to try a niche brand rather than its popularity.

Niche brands in China often have strong personalities and value-for-money connotations, telling brand stories with a clear attitude. The young generation is a crowd worthy of more effort and key breakthroughs.

Gen Zers have strong spending power and their growth rate is the fastest of all demographics. In China, Generation Z spent RMB 4 trillion ($620 billion US) in 2020. In 2021, nearly 300 million Generation Zers were expected to leverage consumption spending of RMB 5 trillion ($740 million US), the Gen-Z Decoding Analysis 2021 forecasts.

Key trends that have taken Douyin by storm

The rise in the number of participating merchants and livestream hours has driven sales growth in 19 categories, with apparel & lingerie, home furnishings, and beauty emerging as the top three categories in the Douyin 618 promotion.

According to the consumption trend among all categories of Douyin e-commerce this year, the amount of sales earnings and sales volume of the apparel & lingerie category is far beyond other categories. Apparel & lingerie occupies first place in sales volume and accounted for nearly 31% of the sales, followed by smart home appliance and beauty, 10.43% and 10.38%, respectively.

Notably, at-home beauty devices have become the main hot-selling product in the beauty category. YA-MAN recorded a 2457% skyrocketing rise in its Douyin official flagship store sales. Domestic players, including AMIRO and ALL Natural Advice, made considerable sales gains as well.

Along with the increase in consumer acceptance of medical aesthetics, at-home beauty devices have also become one of the latest trends. As the price of medical aesthetic items can easily be in the tens of thousands of yuan, they are also expensive for many consumers even if they can achieve relatively good results. At-home beauty devices are relatively cheaper, simple to operate, and easy to carry, so they are favored by consumers, especially the post-90s consumer group.

Female customers’ focus on anti-aging has also led to growth in the performance of companies in this segment. The market size of the Chinese at-home beauty devices market is was 10 billion RMB (US$1.55 billion) in 2021 and is expected to exceed 20 billion RMB (US$3.1 billion) by 2026.

In terms of annual growth rate during the mid-year event, luxury goods, virtual top-up service, and outdoor sports ranked as the top three. According to Deloitte's "Top 100 Luxury Companies 2021" list, more than 60% of the companies have had their brands debut on Douyin.

The pace of luxury houses launching on the Douyin e-commerce platform will drive the luxury industry to prosper.

New Oriental's hosts, all former teachers, started to teach English while selling goods over their livestreams. In one session launched in mid-June, the host pulled out a small whiteboard to lay out the key selling points in English to introduce a homegrown detergent brand BlueMoon. She then wrote four English phases: "cost-effective”, “remove stains”, “fresh scent”, and “electrostatic-prevention” and began teaching the audience how to use these phrases in real life. Also, the host illustrated the product information in Chinese for viewers to easily remember. 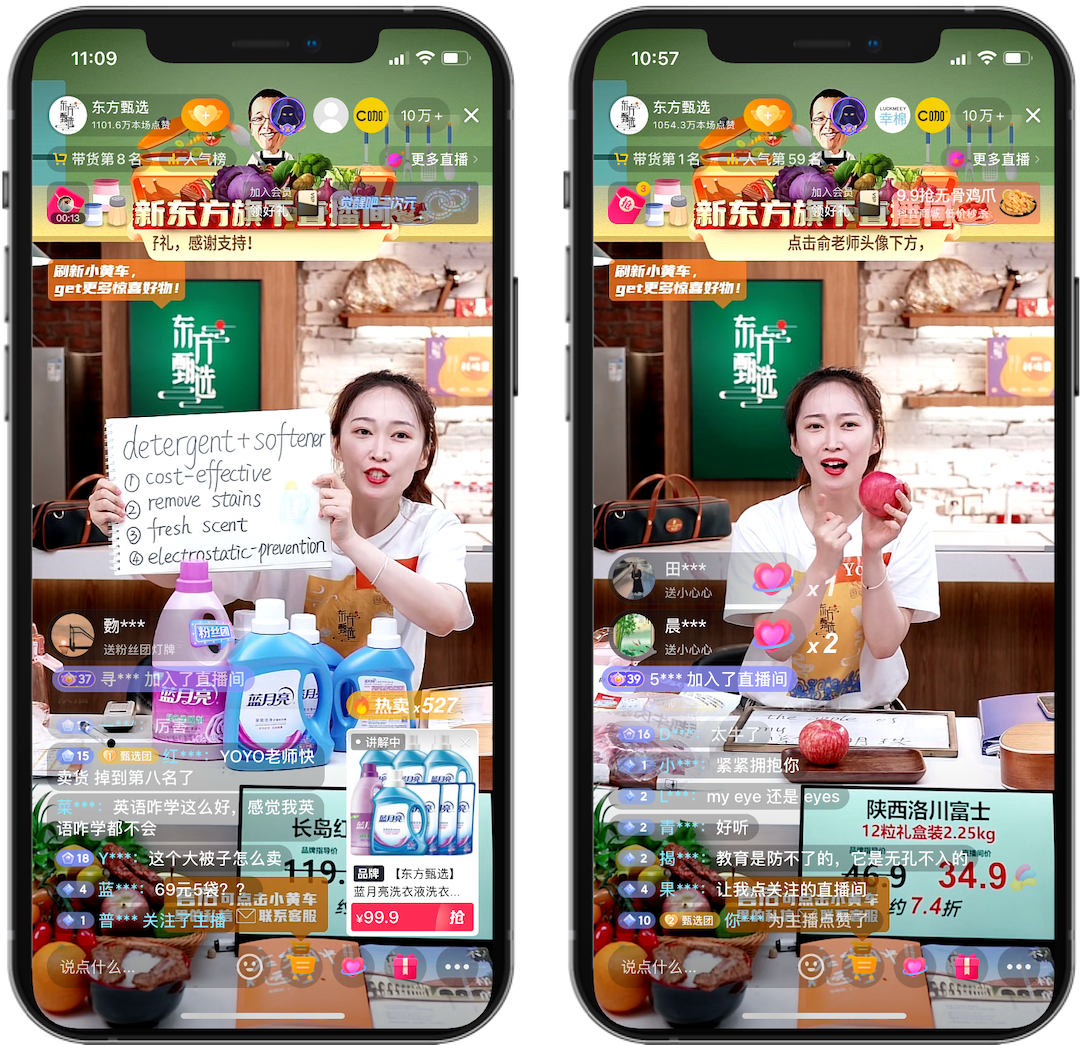 In another session selling apples, the host explained the principle of photosynthesis in apples as they grow and the effects of planting terrain on apples.

New Oriental's livestreaming sessions have been an instant hit on the Chinese internet thanks to their unique selling approach. Many beauty brands have noticed the booming popularity of Oriental Select, hence they compete for exposure on the chart by using virtual gifting during the livestream session.

Since June, the total sales volume of Oriental Select has exceeded 200 million RMB ($3 million US), and the daily sales volume has increased from 750,000 RMB to 62.57 million RMB in less than 10 days.  Oriental Select, as yet, which mainly sells agriculture products, whether it is suitable for selling beauty and fashion products is still an open question.

Douyin unveiled flagship stores for brands in March 2021, which designated for brands and retailers selling their products & increase credibility. It requires applicants to submit trademark documents to guarantee product authenticity.

Take high-end beauty brand Erno Laszlo. It has seen rapid growth in the past six months since it launched on Douyin at the end of December 2021, with a unit price of 1,200 RMB ($178 US) per customer. According to Douyin E-commerce Holiday Sales Report, the GMV of Erno Laszlo’s self-livestreaming on Member Day on April 22 surpassed 2.6 million RMB ($385,000 US), and the number rose to over 3 million RMB ($444,000 US) on May 19.

In May, Lancôme made its debut on Douyin via a grand opening-themed livestream. Lancôme sold more than 1 million RMB ($150,000 US) in 10 days and 10 million RMB ($1.5 million US) in total sales within a month of its launch. The overall transaction sales for the just finished "Douyin 520 Confession Season" were 5 million RMB ($745,000 US).

As a high-end cosmetic brand within L'Oréal Group, Lancôme is a global beauty industry trendsetter. Lancôme’s entry indicates that international premium brands will set off a new "storm" with Douyin e-commerce.

Douyin is constantly optimizing its features and functions. When fans click on Lancôme’s official livestream, they are invited to join the brand membership in various pop-up windows, including shopping carts and the store's home page.

The next question is: will Douyin become the next key channel for beauty brands?

Yes. Douyin’s youthful tone has attracted many high-end houses as the shortcut to approach China’s growing Gen-Z population, and leading brands such as Louis Vuitton, Dior, and Cartier are already on board.

This has been proven by the international brands continuing to set up flagship stores in a row in Douyin. From the beginning of the Q2 through June, ALBION, EltaMD, Farmacy, Augustinus Bader, and Benefit have adopted the Douyin flagship store as their latest e-commerce sales channel in China.

Now that 618 has come to an end, Douyin has reinforced its influence in the e-commerce market. No doubt this year's 11.11 (Single’s Day shopping festival in November) will inspire brands to rely even more on Douyin to connect with Chinese shoppers.