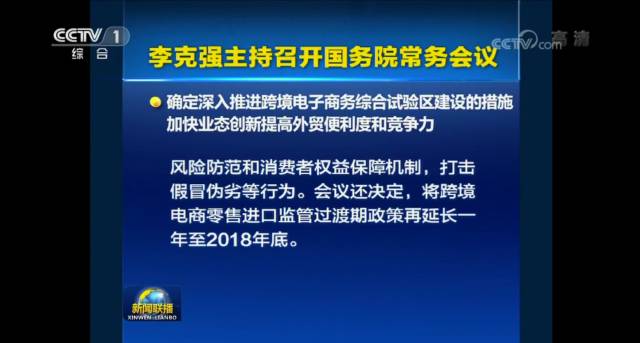 This is the third time that the transitional regulation being extended, and cross-border importers will be exempt for product registration and import permit for Customs clearance. The first time of extension took place in May of 2016, and the second in November of 2016. According to CECRC report, transaction volume of China's cross-border e-commerce (import & export) in 2017 totaled 6.7 trillion CNY, approximately 1 trillion USD.