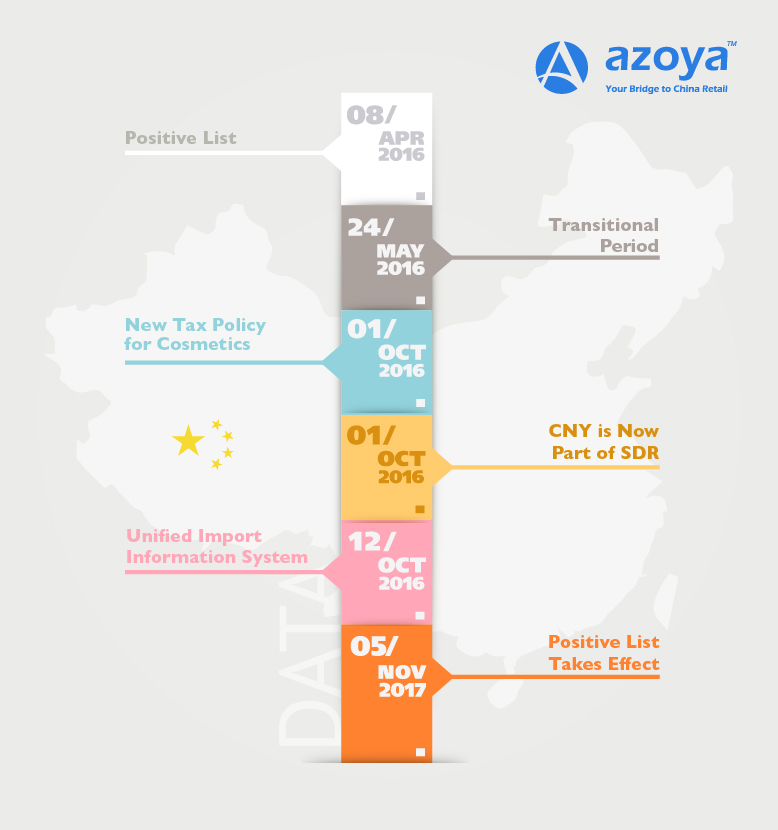 As an emerging sector, cross-border e-commerce has gone through radical changes when Chinese Customs issues new policies. E-commerce businesses that relies on B2B2C bond import and B2C direct import were greatly impacted when ‘Positive List’ was first introduced by Customs on April 8 th. Since then, cross-border e-commerce sector has been referring the new policy as ’48 new policy’. Even when the announcement of a transitional period on May 24 didn’t thrill the industry, or in other words, it did not last long before they started to worry about survival after May 11, 2017, the day when ‘Positive List’ takes effect officially. Azoya had previously published a blog discussing the impacts of 'Positive List’ and here’s the portal to that article.

Yes, it is true that the rather barbaric cross-border e-commerce sector would gradually adjusts before finally taking shape. In the following passage, it will be discussing latest policies released by Chinese government and news that helps to understand Chinese market.

Until 11 May 2017 (that day included), "bonded imports" entering the bonded zones in the 10 cross-border e-commerce pilot cities will be exempted from checks of their Customs Clearance Certificates. Import permits, registration or filing will not be required for first-time imported cosmetics, baby formula, medical equipment and special food products (including health food products and food for special medical purposes).

The release of the transitional period does address to the problem that some imported commodities were unable to obtain first time import permits resulting in tons of imported goods stuck in bonded warehouse. Cross-border e-Commerce enterprises will be given one year of time to adjust to that. However, this doesn’t mean Customs gives green lights to all cosmetics, special foods, baby formula and such. Imported commodities are still regulated under previously effected rules, not to mentioned the various regulations each pilot city has.

The release of new policy means that Chinese will be able to purchase high-quality domestic brands with much lower price. Imported cosmetic products will also saw tax reduction, however they will be facing fierce competition from domestic products. Margin still exists for most cross-border vendors, but they will need to put more effort in marketing.

As of October 1, 2016, RMB is now included in the Global Reserve Currency, accounting for 10.9% of the value of the ‘special drawing right’ (SDR) basket. The SDR is an international reserve asset, which was created by the IMF in 1969 to supplement its member countries' official reserves. Its value is currently based on a weighted average of the values of a basket of 5 major currencies.

Even before October 1, news around RMB becoming a member of SDR has already been impacting lives of average Chinese people. Recent research has suggested continuing rise of RMB cross-border trade settlements. In the long run, this would mean that Chinese tourists will be benefited from increased convenience exchanging currencies overseas.

Effective Date of Positive List Postponed to the End of 2017