The store hosts 1,000 foreign branded products across the health, beauty, apparel, and electronics categories, and will be open until the end of the year.

We speculate about a deeper relationship between the two players and their chances at challenging Alibaba in the cross-border import market. 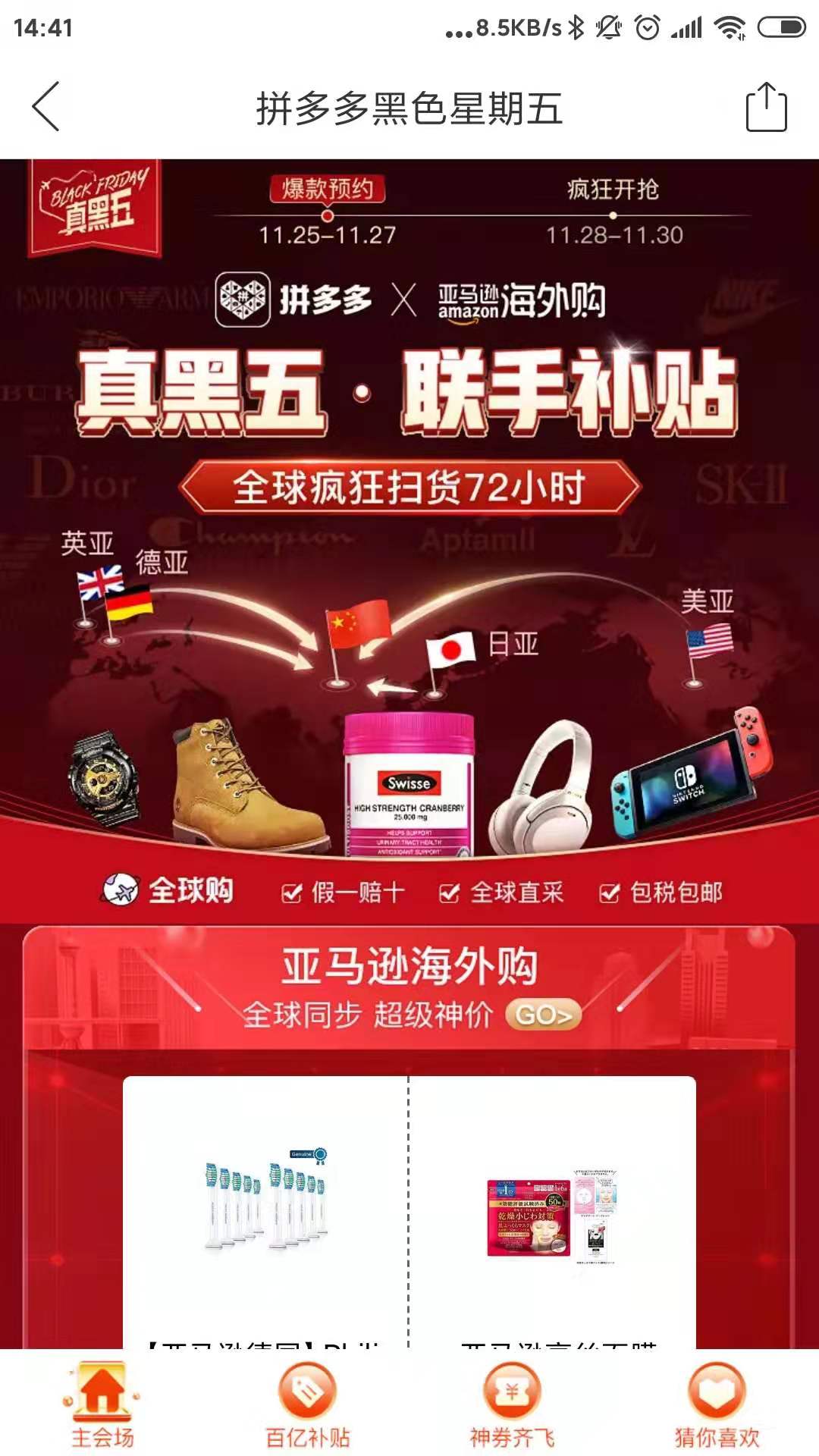 In February it was rumored that Amazon China planned to merge with Netease's Kaola import platform. Why?

Amazon China desperately needs traffic, but can't provide the customer service, logistics, nor customer experience that its local competitors can.

As a global platform with a standardized interface, Amazon has limited leeway to customize its platform for Chinese consumers. It also tends to sell electronics and FMCG products, which are commodities in China.

But the Kaola-Amazon China merger fell through and Netease later sold Kaola to Alibaba for US$2 billion in November. And earlier this year Amazon shuttered its domestic China operations to focus on cross-border imports, such as beauty and health products that can't be found in China.

This enables Amazon to leverage its global brand and sourcing network. But what's missing is a partner that can provide the user traffic and customer experience that an e-commerce contender needs to succeed in China.

It now appears that Pinduoduo will be that partner.

JD.com, as a direct retailer, doesn't report GMV but it is rumored that Pinduoduo's figures have already dwarfed those of JD.com's.

Pinduoduo's meteoric rise over the course of just a few years was largely attributed to its group-buying strategy, which lowered user acquisition costs through Groupon-like group discounts, in lieu of spending on digital ads.

Such steep discounts proved to be popular in China's lower-tier cities, where consumers tend to have more limited purchasing power and are more open to impulse purchases when prices are low.

In short, Pinduoduo's sizable presence in the China e-commerce market could be just what Amazon needs to get back in the game.

Pinduoduo is expanding to China's larger cities where it can attract a more premium base of customers and lift the average value of its transactions.

But right now it is still widely perceived as a discount platform, and this designation will be difficult to shake off.

Pinduoduo has to invest in enhancing the customer experience, which is why it has ramped up spending in cloud services, call center, and merchant support services.

Its partnership with Amazon makes a lot of sense because it boosts Pinduoduo's image and gives it instant credibility by selling foreign-branded goods from a globally trusted source.

Plus, it gives Pinduoduo access to Amazon's global network of suppliers and logistics providers. Building out this network from scratch would've been difficult for Pinduoduo, given that its brand is not as well known overseas and global trade is still a highly fragmented industry, with millions of small-scale distributors and wholesalers scattered across the world.

The tie-up between Pinduoduo and Amazon could have big implications for China's cross-border import industry.

Netease's recent sale of Kaola to Tmall meant that Alibaba now controls a majority of the cross-border import market, with JD.com's cross-border business at a distant third.

And JD.com has difficulties in selling female-oriented products such as fashion and beauty, so merchants selling these products don't have many options aside from Alibaba.

In addition, Alibaba has been under fire for pressuring merchants to sign exclusivity agreements, effectively preventing them from selling on other e-commerce platforms.

This puts them at a disadvantage at the negotiating table, and merchants may be pressured to accept unfavorable terms in exchange for the chance to sell on Alibaba's Tmall platform.

Pinduoduo/Amazon could change this dynamic by giving international merchants another option to reach Chinese consumers. It also has a chance to better serve China's lower-tier cities, which may have had less exposure to imported products up until now.

1. Amazon China will open a store on Pinduoduo's platform, focusing on selling cross-border imports. Amazon needs Pinduoduo for its traffic and wide user base, especially after its potential partner Kaola was sold to Alibaba

2. Pinduoduo needs Amazon for its respected brand name and global network of quality suppliers. Pinduoduo needs to expand beyond its traditional user base of lower-tier city consumers and raise the average basket value of its transactions. Expanding the cross-border import business is one way to do it.

3. The Pinduoduo/Amazon tie-up could have major implications for the cross-border import market as the duo has the potential to challenge Alibaba in this space. Merchants may have more favorable terms in negotiating with Pinduoduo than with Alibaba.

Could Amazon China’s Merger with Netease Kaola Pave the Way for a Comeback?