China Mengniu Dairy Company announced that it will acquire infant formula brand Bellamy's Australia Ltd for US$983 million this past Monday.

The price is a 52% premium to its closing share price last Friday, indicating that Mengniu sees much growth opportunity in the imported baby milk powder segment in China, which is estimated to grow to US$32 billion by 2023.

This acquisition comes as many Australian brands continue to suffer from China's crackdown on gray-market daigou resellers and as China looks to reduce its reliance on foreign-produced baby milk powder.

The acquisition is also the latest in a string of overseas acquisitions by Chinese brands, who have been buying foreign brands and leveraging their local distribution networks to supercharge their growth.

We dig deeper and discuss these trends in depth below.

The Crackdown on Daigou is Hurting Bellamy's

Last month Bellamy's said that its FY19 sales dropped 19% YoY to AUD$266 million and annual profit declined by almost half, largely because of the Chinese government's crackdown on gray-market daigou resellers.

Daigou are typically Chinese living and studying or working overseas, who often buy products and resell them on the gray market in China for a mark-up.

Daigou frequently sell products that are difficult to find in China, such as milk powder, cruelty-free cosmetics, quality health supplements, and luxury handbags. The most common channels are Taobao and WeChat.

At the beginning of this year, China's new e-commerce law placed a number of new requirements on daigou resellers, forcing them to register as businesses and pay business taxes.

Before, many had sold items through personal accounts on Taobao or WeChat, and could get away with not paying taxes.

But the e-commerce law places greater penalties on these platforms if they fail to catch such "illegal" merchants, and it is said that both Taobao and WeChat are stepping up their supervision.

However, it is difficult for such platforms to monitor the products and transactions of every seller on the market, given their sheer number.

Nevertheless, it is clear that the current environment does not favor daigou selling and that Australian companies such as Bellamy's are under pressure to shift towards more legitimate channels to sell to Chinese end consumers.

China May Be Reducing its Reliance on Foreign Baby Milk Powder

The decision to sell to Mengniu could have been partly motivated by the Chinese government's initiatives to reduce reliance on foreign baby milk powder.

Earlier this June, the Chinese government's National Development and Reform Commission (NDRC) announced that it will work together with other government ministries to improve the quality of milk powder in China.

The goal is to improve China's self-sufficiency of milk powder production, aiming for 60% of milk powder supply to be from domestic Chinese producers rather than foreign ones.

To support this initiative, the government will build a quality and safety traceability platform to supervise milk powder supply chains.

And lastly, the government will provide tax cuts and funding assistance to help Chinese firms make overseas acquisitions, with the intent of bringing more production to China, where production scale can be expanded significantly and more manufacturing jobs can be created for local economies. .

This could've been a major driver behind Mengniu's overseas investment drive.

Why Selling to a Chinese Company Makes Sense

Bellamy's sale to a Chinese company makes a lot of sense for a lot of reasons.
While foreign companies are strong at branding, they are weak when it comes to operations, distribution, etc. in China.
- Their distribution networks are not as extensive in China, making it difficult to reach lower-tier cities.
- Smaller foreign companies often cannot adapt to the sheer size of the market in China. Going from an Australian market with ~20 million people to a Chinese market with over 1.4 billion people means major supply chain issues.
- Even if they have operations set up in China, oftentimes decisions are still made by management back at headquarters. This slows operations down and makes it difficult to adapt to consumer needs.
- Exporting health and food products to China through general trade can be difficult. Certain items require extensive testing and licenses that may take years to obtain. This is because there have been many health and food quality scandals in China.

Mengniu Dairy is one of the largest manufacturers and distributors of dairy products in China, and recorded ~US$10 billion of revenue in 2018. It sells milk, yogurt, ice cream, milk powder, and other dairy-related products as well.
Working with a Chinese company as large as Mengniu means that Bellamy's will have an easier time registering and importing goods in China.

It may even move production to China as it scales its operations in the country. These factors are important as the gray market in Australia declines over time and as Bellamy's turns to more official channels such as offline retail and distribution. 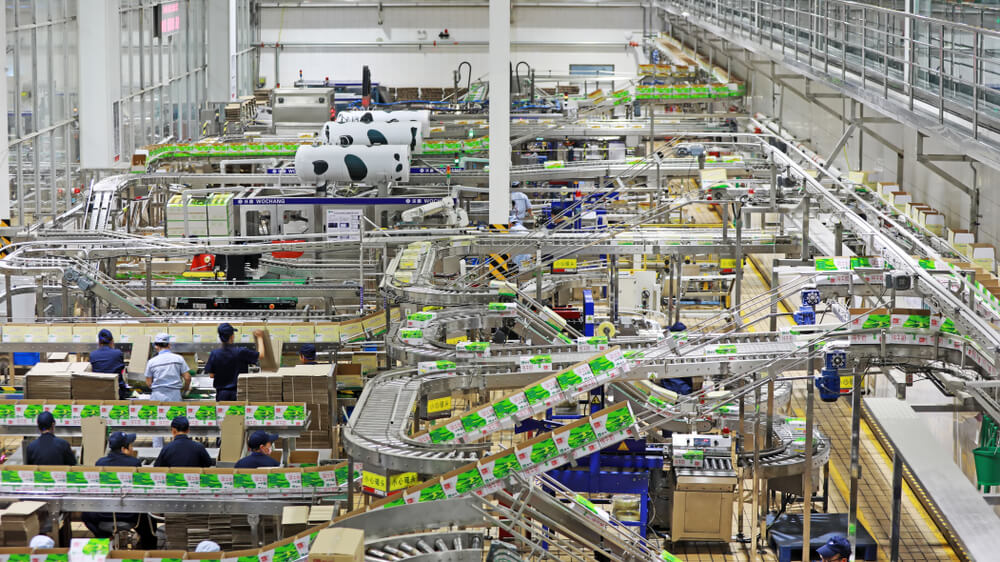 Not Ready to Merge with a Chinese Company? Try Cross-Border E-Commerce

If you're a foreign brand or retailer that wants to sell in China but aren't ready to set up a China office or enter into a JV with a local company, then cross-border e-commerce might be the best option.

Cross-border e-commerce is often considered to be a step up from selling to daigou, as it enables foreign brands and retailers to set up an official sales channel through which to sell to Chinese consumers.

Brands can ship items one by one to Chinese customers as they make orders on platforms such as Tmall Global, JD Worldwide, Kaola, or even official Chinese brand websites.

Cross-border e-commerce selling to China is set to reach ~$200 billion in transaction value by 2022, and the categories sold tend to be the same as the ones that daigou sell: cruelty-free cosmetics, quality health supplements, imported milk powder, and luxury handbags.

1. The crackdown on daigou is putting a lot of pressure on Australian brands such as Bellamy's which relies heavily on these gray-market resellers to get their goods into China. They are now under pressure to move more operations and production to mainland China.

2. The Chinese government is also creating more incentives for foreign companies to move operations to China, where manufacturing can be scaled and more jobs can be created for the local economy.

3. Merging with a larger Chinese company with more resources and local connections can dramatically increase sales for a foreign import brand. Issues like expanding distribution, setting up production plants, registering products become much easier with a local partner, and then foreign brands just have to focus on branding.

How to Capitalize on China's Booming Mom & Baby Sector