Sportswear is taking over the apparel industry in China, having grown 12% YoY last year to hit RMB 212 billion (US$31 billion), according to a report by Euromonitor.

With millennials willing to spend more of their disposable income on healthy living, sportswear growth is far outpacing that of general apparel, which grew just 4% last year.

It is estimated that the sportswear market will continue to grow at a CAGR of 8% through 2022, when it will reach RMB 318 billion ($46.3 billion) in value.

While Nike and Adidas continue to dominate the industry with market shares of 20.8% and 20.1% respectively, there is room for smaller players in the industry – particularly those that are able to position themselves as a unique, upscale alternative to the main players.

We analyze some of the key trends powering the industry, and discuss how niche brands such as Particle Fever are positioning themselves.

Chinese People Are Going to the Gym for the First Time

In the past, working out was seen as a luxury - a strange concept imported from the West that wasn’t relevant to the lives of ordinary people.

But as incomes have risen over the years and younger millennials are more willing to invest in healthy living, gym membership numbers have increased dramatically in China. The industry has grown at 10% CAGR over the last five years and is expected to reach $6.9 billion by the end of this year.

Going to the gym has become especially popular amongst young women, who often post pictures of themselves working out on Chinese social media platforms.

The trend has become popularized by KOL influencers and celebrities, who have gone viral by posting their workout routines and showing off their gym bodies on social media.

Fitness workout app Keep, which enables users to share their workout experiences on social media, gained over 10 million users within 289 days, and reportedly has over 120 million registered users today. 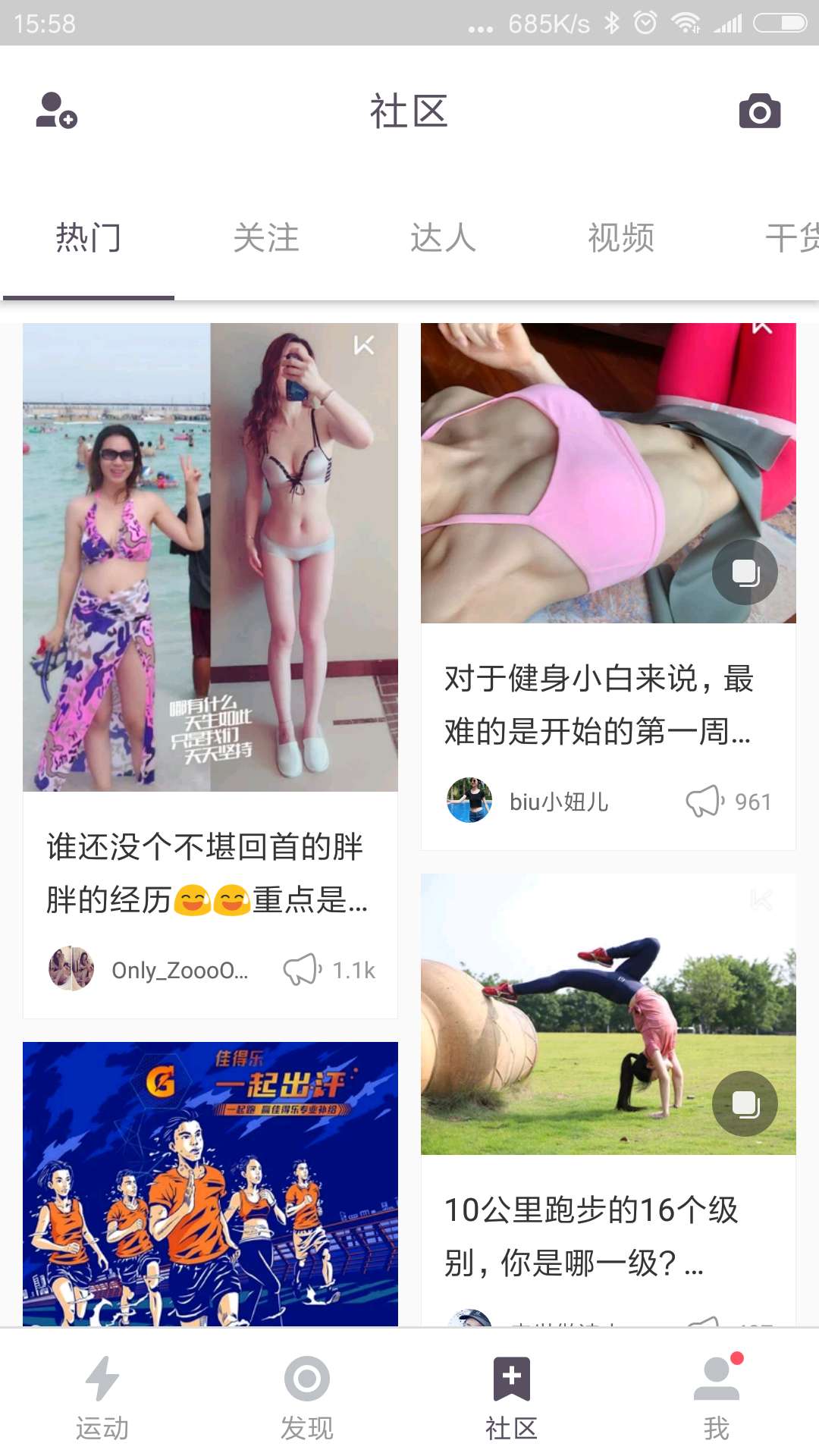 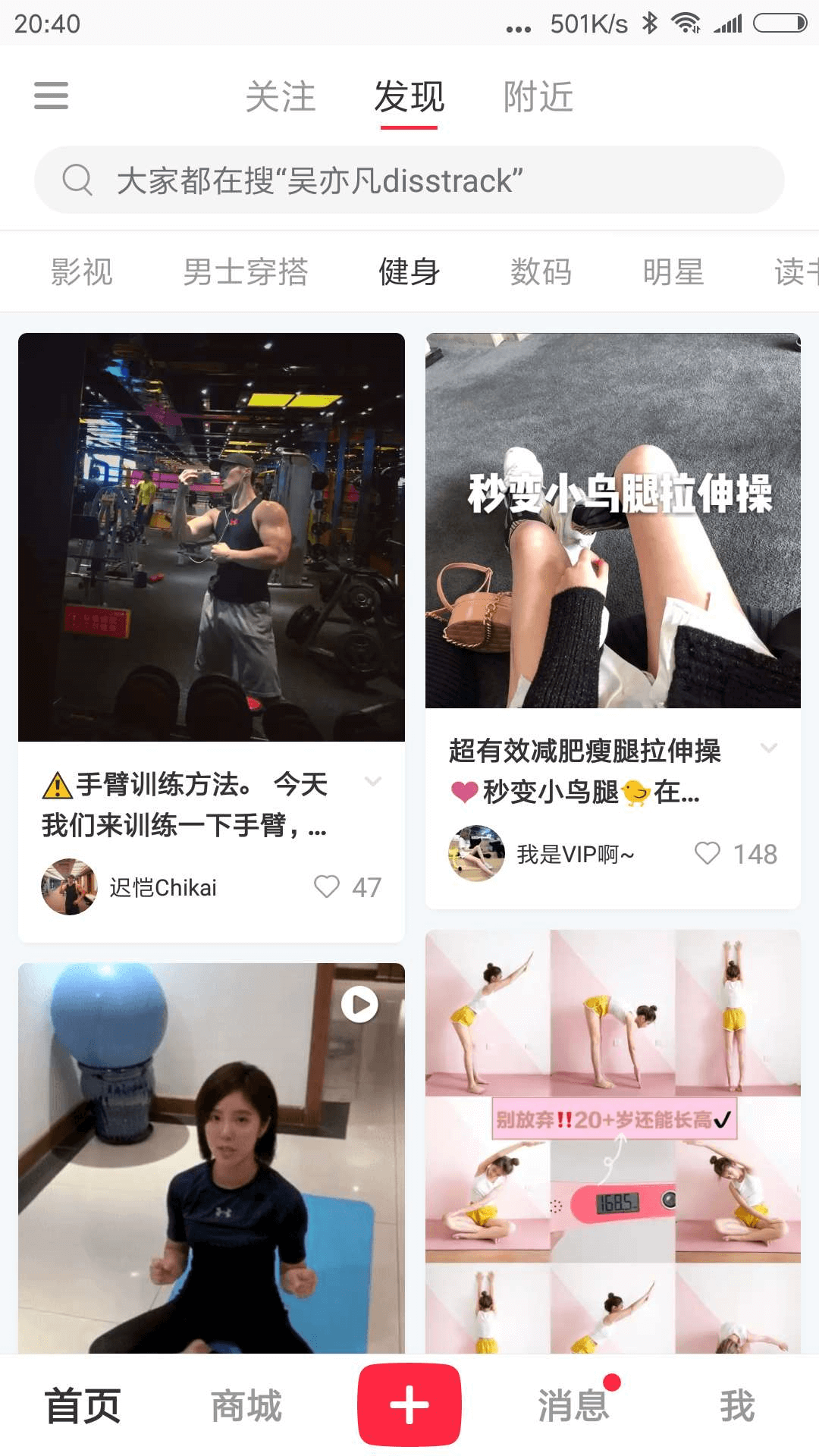 Brands are Marketing Lifestyles, Not Products

While Nike and Adidas still hold dominant market share positions in China, smaller players are focusing on different niches and presenting themselves as lifestyle brands to differentiate themselves.

Maia Active, a homegrown, upstart Chinese brand based out of Shanghai, focuses on tailoring its attire to slimmer Asian bodies.

Its content marketing campaigns remind Chinese females that their bodies are naturally different from those of Western women, and that it’s perfectly okay to have less curvy bodies.

Maia Active’s content is flush with diagrams that demonstrate how their clothing is better suited to smaller Asian bodies, positioning the brand slightly different than that of Lululemon's by emphasizing aestheticism over functionality.

Maia Active also holds pop-up events at luxury hotels and sells its goods at boutique, upscale gyms in the city centers of Beijing and Shanghai. 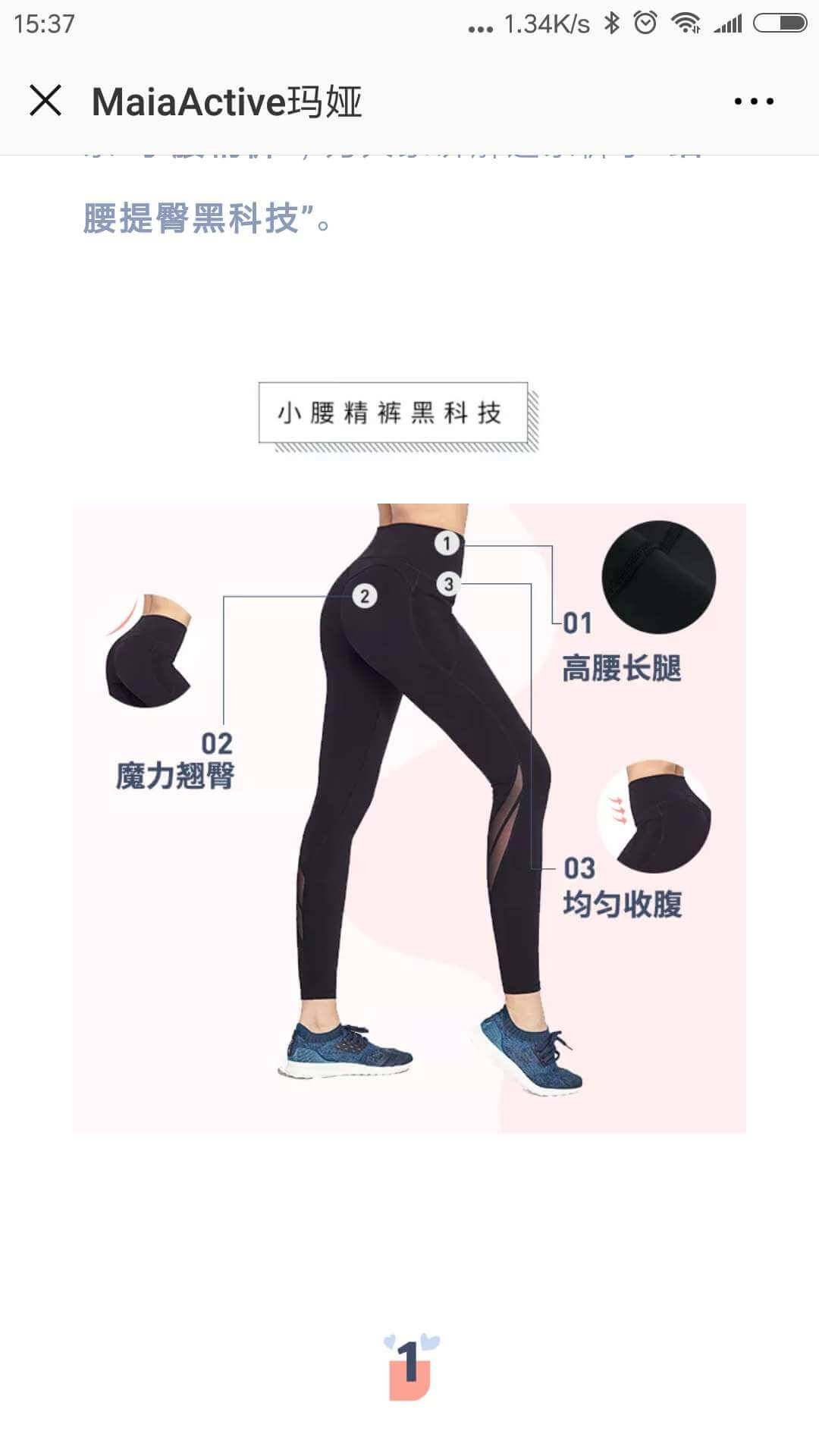 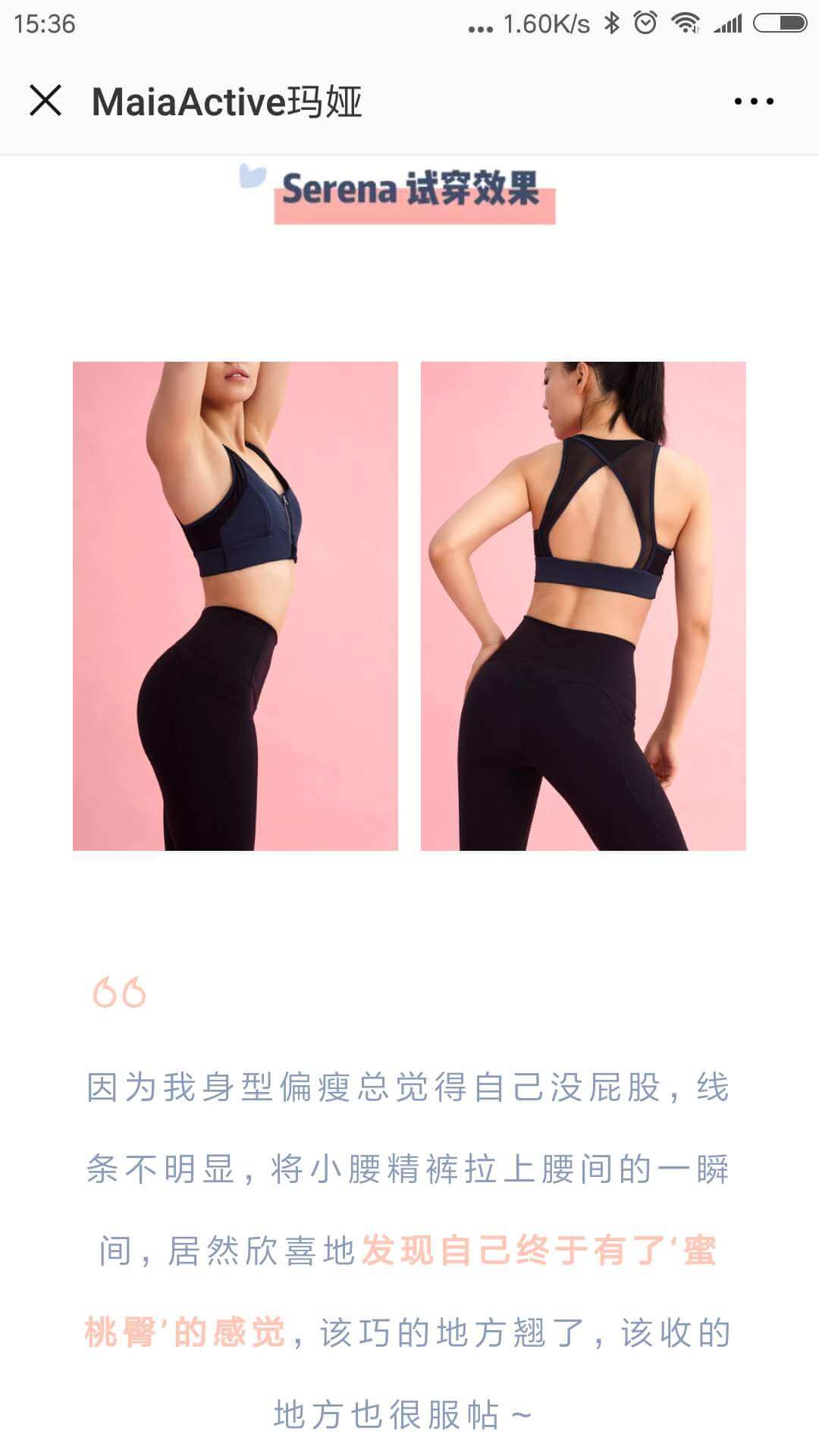 Another Chinese brand, Particle Fever, is promoting itself as the intersection of fashion, tech, and fitness.

The brand’s high-quality, breathable fabric is made of Australian Merino wool, and seeks to create the ultimate performance wear for high-end gym-goers.

It differentiates itself by selling a minimalist, futuristic look that is distinct from that of typical Nike/Adidas gear.

The brand works closely with department store chain Lane Crawford, and has worked with Victoria’s Secret supermodel He Sui to market its wares. 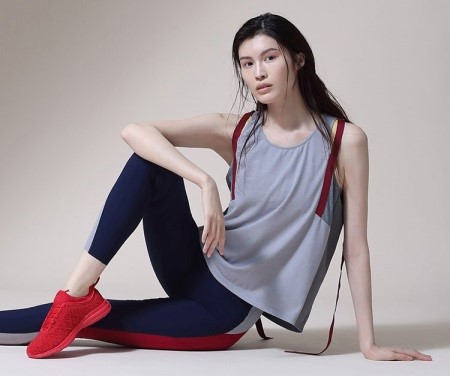 Other Brands Are Positioning Themselves as Hip Streetwear

Another trend is the mixing of luxury and streetwear, as upscale streetwear brands such as Supreme and Off White have become increasingly popular in China and luxury brands are attempting to adapt to younger millennials’ changing tastes by collaborating with such brands.

Louis Vuitton hired streetwear brand Off White’s founder Virgil Abloh to be a creative director, and also partnered with Supreme to launch an exclusive streetwear collection.

Adidas partnered with Kanye West to launch a line of Yeezy sneakers. And the list goes on and on.

Chinese customers even entered into a scuffle with local French-Albanians at a Balenciaga store in Paris, while waiting in line for the brand’s notorious $850 a pair Triple S vintage sneakers. 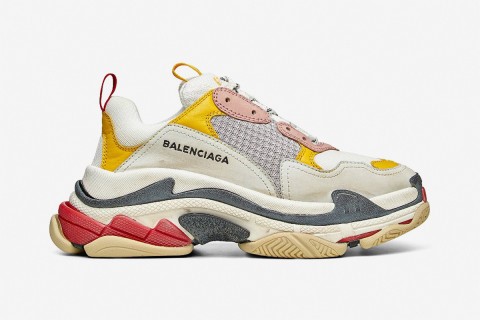 Even Chinese brand Li Ning is making a comeback by pushing a new line of vintage, upscale streetwear that is based off of styles from the late 1980s.

Founded in 1990 by Olympic gold medalist gymnast Li Ning, the company was a main sponsor of the Beijing Olympics in 2008.

Li Ning became popular amongst Chinese people seeking a national brand that could represent their country on the international stage.

But after the Olympics, interest in sports declined and Li Ning, having over-expanded, had to close thousands of stores across China, many of which were franchised and struggled to sell excess inventory.

Li Ning was labeled by many as being uncool, ridiculed by millennials as a brand that only their parents would wear.

But Li Ning took it in stride, and leveraged its founder’s history as an Olympic gold medalist to push a unique, retro sportswear look that mixes its Chinese heritage with hip streetwear.

Earlier this year, it made headlines by debuting a new sportswear line at New York Fashion Week, becoming the first Chinese sportswear brand to do so and inspiring Chinese millennials in the process. 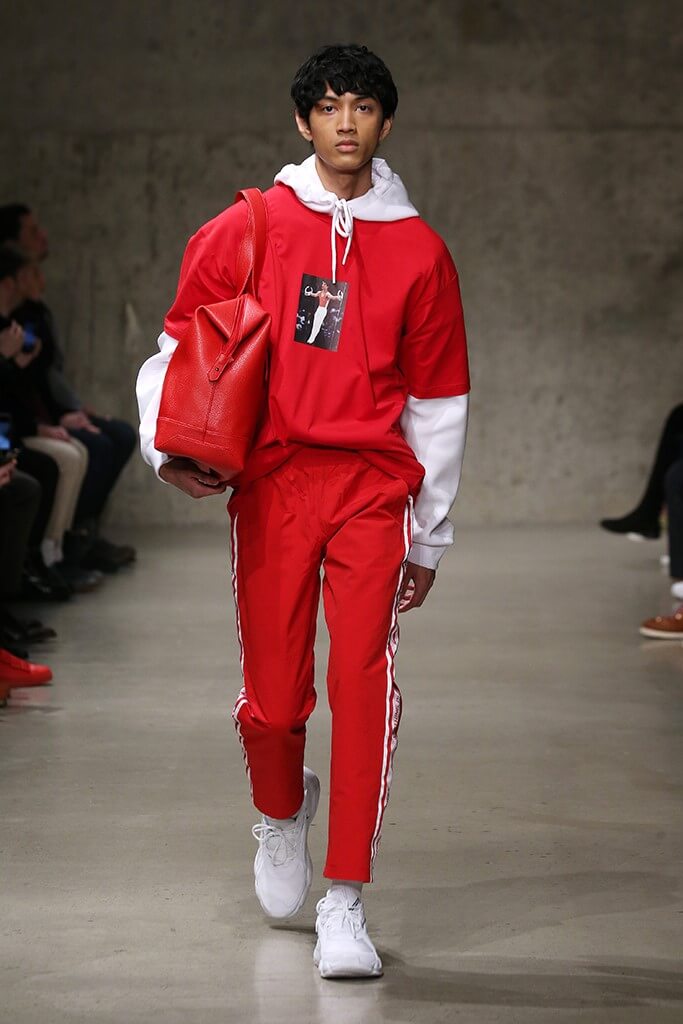 Li Ning jumpsuit with imprinted picture of founder at 1984 Olympics

Sportswear for Fun, Rather than for Actual Sports

Marketing performance sportswear for sports has been a less effective strategy over the years.

Nike saw sales growth slow for several years because its products were branded as running and basketball performance shoes, while its competitor Adidas branded itself as a casual lifestyle brand that people could wear for everyday life.

Adidas launched a highly successful line of sneakers called Adidas NEO that targeted teenagers between the ages of 14 and 19 by marketing a fun, active lifestyle brand, hiring celebrities Eddie Peng and Angelababy as spokespersons.

However major sports events like the Olympics and the World Cup do present a great opportunity for brands to tailor their marketing campaigns with a sports angle.

Nike China’s Dare to Become campaign included a video ad in which teenage Chinese soccer players imagine themselves as part of a national Chinese team dominating the World Cup in 2033.

But brands should be careful about relying too heavily on such events, as both Li Ning and Adidas ran into severe oversupply issues in the aftermath of the 2008 Beijing Olympics.

Here are some key tips that we wanted to leave you with:

-   Focus on marketing a niche when positioning your brand against bigger mainstream competitors. Lifestyle brands like Lululemon and Maia Active were successful because they marketed a different message to a different set of consumers

-   E-commerce accounts for ~26% of sportswear sales in China, but omni-channel marketing is important when building a brand. Holding pop-up events with KOL influencers and live-streaming them over social media is a good way to build awareness and drive traffic to an e-commerce store.

-   Fakes are still a big issue for e-commerce in China, especially sneakers. Many Chinese consumers still do not trust local Chinese brands, and often look to purchase authentic, high-quality products from overseas. International online retailers such as Shoezoo and Get the Label are taking advantage of this opportunity by selling in-demand sportswear and sneakers to Chinese consumers through cross-border e-commerce