As China goes back to work and retailers re-open stores across the country, industry experts are wondering if and when the consumer economy will bounce back.

A mid-April survey from the China Commerce Association for General Merchandise showed that while 81% of retailers had reopened 100% of their stores, the majority of them say that monthly sales are just 60-70% of 2019 levels.

In April the National Bureau of Statistics of China released data on first quarter economic indicators. While GDP for the quarter declined by 6.8%, there were some positive signals for a recovery in March, partly driven by e-commerce growth. Online retail sales of physical goods reached 1.8 trillion RMB (US$262 billion) in March, a YoY increase of 5.9%.

What’s more is that the State Post Bureau’s index for express delivery activity (i.e. e-commerce packages delivered by the likes of SF Express, ZTO Express, etc.) also reflected a significant recovery in March, after bottoming out in February due to the coronavirus crisis. 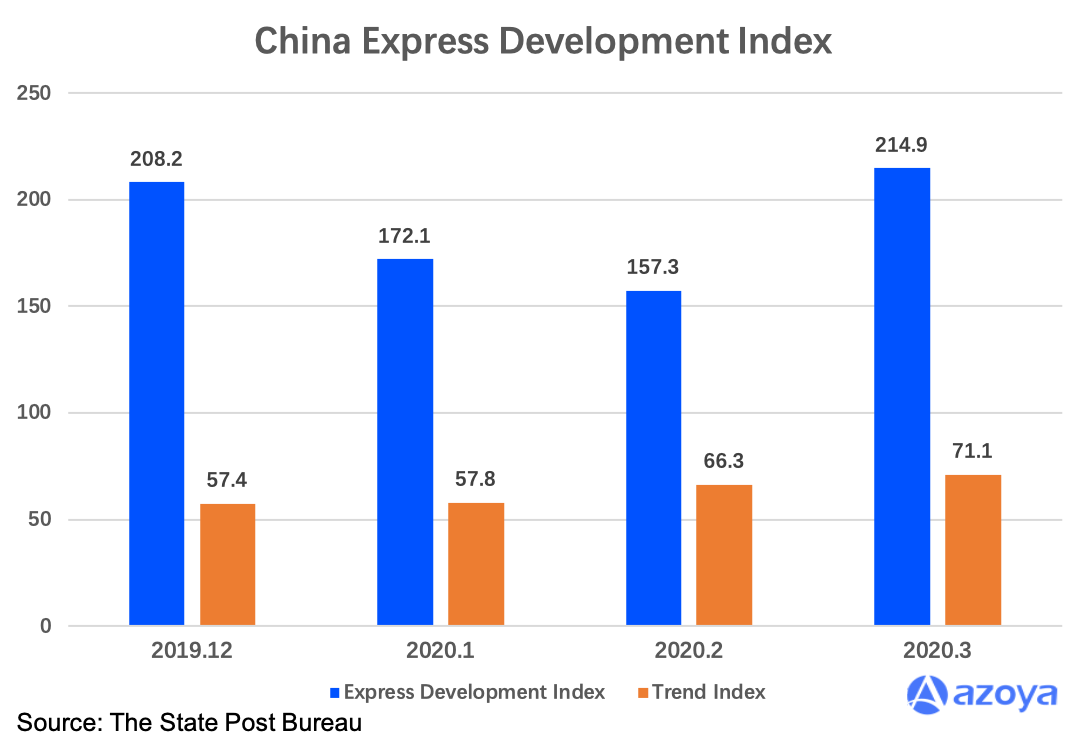 In fact, the express development index even surpassed its benchmark in December, when e-commerce purchases tend to peak because of Double Twelve (December 12) promotions. According to the State Post Bureau’s own estimates, online retail sales exceeded 680 billion RMB (US$96 billion), a YoY increase of 10%.

What does this all mean for brands and retailers? The coronavirus crisis has likely cemented e-commerce purchasing habits in the minds of Chinese consumers. Those few consumers that didn’t use e-commerce before the crisis are likely to become sticky users going forward. While this means that offline retail may see a slow recovery, those who adapt and accelerate digital transformation initiatives could benefit from increased e-commerce spending.

China’s municipalities are also giving monetary incentives to encourage consumption. For example, the Wuhan city government issued over 2.39 million WeChat coupons, worth 500 million RMB (US$70.6 million) in value, for its citizens to use at various retail outlets between the months of April and July. Just nine minutes after the campaign began, every coupon was taken.

The Shanghai city government also rolled out a similar initiative, issuing 1.2 billion RMB (US$170 million) worth of WeChat coupons for its local residents to use at Bailian Group retail outlets throughout the city. Bailian Group, a large state-owned enterprise based in Shanghai, owns supermarket chains, convenience stores, and shopping centers. 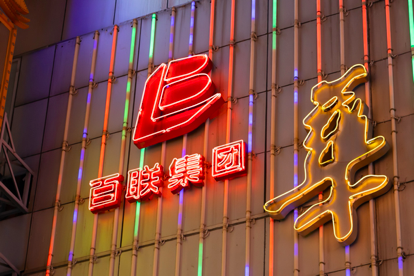 This makes sense, because retail sales account for 9% of the Chinese economy, and the sector no doubt accounts for a substantial percentage of jobs.

What are Chinese consumers buying now?

Statistics from JD.com are showing an uptick in purchases of discretionary products. In April, transactions of mobile phones, large home appliances, and kitchen & bath appliances increased 200% compared to March.

Transactions of outdoor sports products also grew 206%; cycling products increased 13x. Transactions of skateboards, fishing supplies, and other outdoor equipment increased by over 200% month-on-month. Demand for these categories indicate that consumers are ready to get out of their homes and take advantage of the warmer weather.

Customers aren’t the only ones that are showing increased confidence in the market. Foreign brands from all over the world continue to enter the China market through cross-border e-commerce, a channel that enables brands to sell directly to Chinese consumers without having to register a China entity or stock inventory in China.

In March, SingulaDerm, a popular anti-aging brand from Spain, launched an official flagship store on Tmall Global, China’s top cross-border e-commerce platform. SingulaDerm’s SOS anti-aging serum and eye gel have been particularly popular on China’s gray market over the past few years, fueling the impetus for the brand to launch its own direct sales channel. 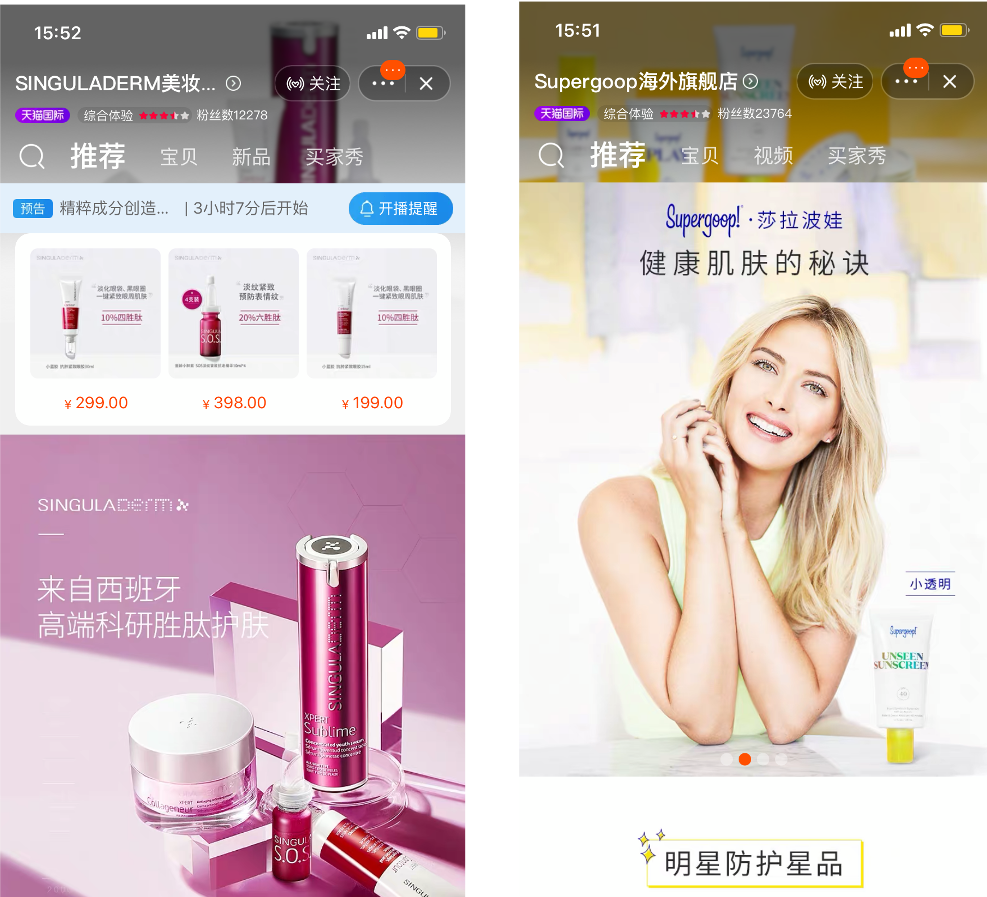 Other beauty brands that have recently launched on Tmall Global include Huda Beauty, Kim Kardashian’s KKW Beauty, and Rihanna’s Fenty Beauty. Huda Beauty had a large number of sales through the gray market, as well as tens of thousands of posts on Little Red Book, China’s top social community platform. More than 300,000 people visited Huda Beauty’s Tmall store on its opening day in March, indicating that demand for beauty products remains strong through the coronavirus pandemic.

Tmall in particular has been pushing the beauty category over the last few months. Its Spring Thunder Initiative is designed to help global SMEs weather the coronavirus downturn; management plans to allocate resources and traffic to help 1,000 new beauty brands sell RMB 10 million (US$1.41 million) each in annual sales over the coming year.

1. Statistics released by the Chinese government show that online retail activity is rebounding

2. Chinese municipalities have taken the initiative to issue online coupons, in an effort to stimulate consumer spending

The Uprising Haircare Market in China

The Anti-aging Market in China: A Burst of Momentum